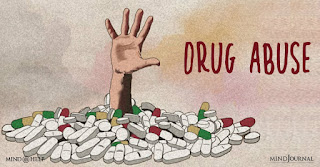 I rode into Vancouver tonight to check out the Italian long sword school on Hastings and rode past Main and Hastings on my way home. That place is such a toilet. It has gotten completely out of control. What we are doing there is wrong. What we are letting happen there is wrong. That's not freedom. That's not social justice. That is slavery and misery. That's all that is.

Recently the fake news was going off about how the police were struggling to dismantle a drug addicts crime fest of tents and anarchy in plain sight on the public sidewalks of the DTES. This is a remix of the Oppenheimer rape camp that went to Strathcona then came back to stay.

Kennedy Stewart is not a bad guy. He means well. He is NDP so he's coming from a left wing perspective. He's the one that gave up his seat for Jagmeet Singh who is the son of Satan. Jagmeet is a bad person not because he's Sikh but because his polices contradict the Sikh faith and mock that religion. Just like Mitt Romney. Mitt Romney isn't a bad person because he's Mormon. It's because he's a bad Mormon. That's the problem.

Kennedy Stewart opposed the Oppenheimer rape camp for good reason. It was a cesspool of crime and exploitation. Just like the lawless camp at Main and Hastings. Now Kennedy Stewart wants to legalize all drugs and I can't accept that. What we are doing in the DTES is wrong. Everyone can see that. Even Snoop Dog.

The cost of housing is completely out of control but open drug use is not the answer. Drug abuse is called abuse for a reason. The Portugal model succeeded because they made drug treatment mandatory. Promoting addiction is wrong. It just promotes crime and violence.

Posted by Dennis Watson at 8:14 PM