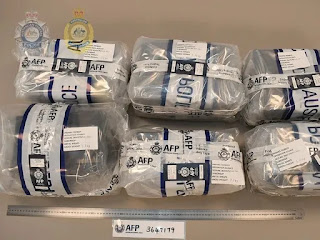 Update: TBM posted a video on this from the Mob Reporter

The National Post is reporting that "The largest ever fentanyl seizure in Australia arrived from Canada inside military-style ammunition boxes hidden in an industrial lathe, Australian police said. Australian authorities issued a public warning Monday about the dangers of the potent opioid because it is not previously known to be in the country in such purity and bulk."