Just how is the CFSEU compromised? 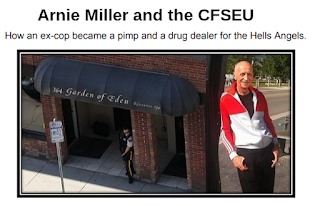 Recently someone asked me what was going on with all the recent shootings in Metro Vancouver and how the CFSEU is corrupt so I thought I'd explain it for everyone to see. Before the David Giles bust in Kelowna, Pat Fogarty was the head of the CFSEU. At that time he said the Hells Angels aren't the problem. In Kelowna they barley have a chapter. It's the other guys we have to worry about. That summer the Outlaw Motorcycle Gang Unit proved him wrong. The BC Liberals then disbanded the OMGU and transferred the leaders responsible for the drug bust to other departments. That's when the CFSEU became compromised.

Many Mann is another Pat Fogarty. He's just another puppet on a string. However, the problem predates Pat Fogarty. The pivotal catalyst in the corruption of the CFSEU was the launch of the Rat out Your Rivals program which many Hells Angels associates embraced.

To put the matter into perspective let me share a story from my past history during the US Crack Epidemic in the /80's. I was with a volunteer group stationed in South Seattle confronting the local crack dealers. That's when we met Chuck Pillon. Chuck was intrigued with our work and said that he led a task force disrupting the crack houses' business. Until he was transferred out of the area behind a desk. The powers that be didn't want him disrupting that business. It's the same thing here in BC. The BC Liberals disbanded the OMGU but the BC NDP have done nothing to correct the problem. They are no better than the BC Liberals.

In steps Arnie Miller. Arnie was a former cop who ran the Garden of Eden in Kelowna which was a brothel run by the Hells Angels. They tried to make it high end like the Swedish Touch but drug addition quickly took over and it became a dive. Arnie was a pimp and a drug dealer for the Hells Angels and the CFSEU did absolutely nothing about it. Arnie got cancer and the Kelowna chapter fell under new management. They closed the Garden of Eden down. The CFSEU didn't.

Rand Jones ran TBarz. He and his brother Trevor were named in a US indictment over a huge cross border drug ring. To prevent the strip club from being seized by the US Authorities they changed the name of the club to Shakerz and said under new management. Not. They changed the name but the players in the game remained the same.

I don't want to hate on the Walrus because the devil you know is sometimes better than the devil you don't know but who do you think is the brains behind the Wolf Pack? The Hardside doesn't get the profits from the Wolf Pack. West Point does. 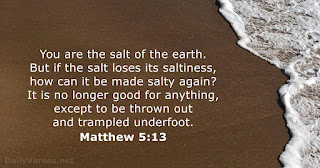