Dennis Watson on Islam and Iran 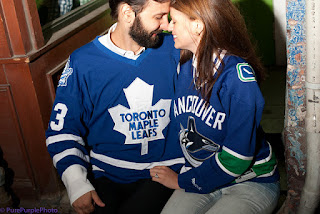 CTV is reporting that "The Satanic Verses author Salman Rushdie was taken off a ventilator and able to talk Saturday, a day after he was stabbed as he prepared to give a lecture in upstate New York. Rushdie, a native of India who has since lived in Britain and the U.S., is known for his surreal and satirical prose style, beginning with his Booker Prize-winning 1981 novel "Midnight's Children," in which he sharply criticized India's then-prime minister, Indira Gandhi."

"The Satanic Verses drew death threats after it was published in 1988, with many Muslims regarding as blasphemy a dream sequence based on the life of the Prophet Muhammad, among other objections. Rushdie's book had already been banned and burned in India, Pakistan and elsewhere before Iran's Grand Ayatollah Ruhollah Khomeini issued a fatwa, or edict, calling for Rushdie's death in 1989. Khomeini died that same year, but the fatwa remains in effect. Iran's current supreme leader, Khamenei, never issued a fatwa of his own withdrawing the edict, though Iran in recent years hasn't focused on the writer."

True North is reporitng that "Rushdie’s book The Satanic Verses, published in 1988, forced the author to go into hiding for nearly 10 years. The book’s title referred to verses of the Quran, which Rushdie claimed had been removed." Trashing relion is not nice.

I have two points to make. Hadi Matar is not a terrorist and Ruhollah Khomeini is not a nice man which leads me to the topic of Islam and Iran. I understand that Candice Malcolm's husband is a Muslim from Iran. He is a good man and they make a wonderful couple.

I support the freedom of religion. I don't care if you are Muslim, Jewish, Christian, Atheist, Sikh, Buddhist, or Baha'i - I don't care. People have a right to their beliefs. I realize that Shia Muslims and Sunni Muslims sometimes fight with each other like Catholics and Protestants did in Northern Ireland. That defeats the purpose of religion. People have a right to their beliefs.

"God is no respecter of persons: But in every nation he that feareth him, and worketh righteousness, is accepted with him." Acts 10:34-35

Israel's Jewish State is problematic just like Iran's Islamic State is. What happens to all the non Jews living in Israel and all the non Muslims living in Iran? They all become second class citizens. In fact, if you are a non Jew, you can't become a citizen of Israel. I'm not saying I oppose their right to form a Jewish State. I'm just saying it's problematic and that's not the society I choose to live in. I'll vistit there and adhere to their customs but I prefer to live in a free republic.

The CIA demonize Iran because they want their oil. That's what Operation Ajax was all about. In fact we have MI6 and the CIA to thank for the religious extremism that exists in Iran. Yet women have far more rights in Iran than they do in Saudi Arabia. The CIA ignore that because of their ties to Saudi oil and Saudi's support of the CIA's arms dealing and money laundering.

Iranians are Persians not Arabs. There was a wonderful YouTube series about a couple from Norway that toured Iran. In Iran the women rock their hijab back slightly to show part of their hair. All my Syrian neighbors would never do that. Obama wanted to sell Iran nuclear reactors which would give them the means to make nuclear weapons which in my opinion is unwise. Yet I don't support sanctions against Iran. Let them live they way they choose and let them have their oil. 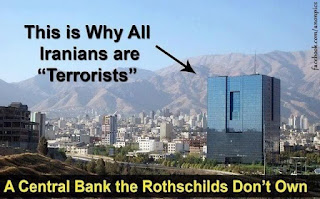 The Muslims in Communist China's prison camps have seen exactly where Justin Trudeau's lies ultimately lead. We need to look past the CIA's Globalist lies about Muslims and embrace them in our common struggle against the World Economic Forum's Orwellian agenda.

Posted by Dennis Watson at 4:26 AM