Leslyn Lewis hits it out of the park 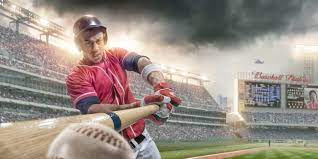 Leslyn Lewis is reporting that "A political prisoner is defined as “a person imprisoned for their political beliefs and actions.” This definition begs the question of whether Trucker Convoy organizer Tamara Lich is a political prisoner. In a previous letter, I outlined the fact that the first judge who detained Tamara was a former Liberal candidate, and the crown attorney who prosecuted Tamara had donated over $17,000 to the Liberal Party since 2013."

"The fact that that we have to ask if Canada has political prisoners, speaks to the state of our declining democracy. But there seems to be no depth that Justin Trudeau and the Liberals will not sink to in order to control our thoughts, actions and even our democratic institutions. We never imagined our government would invoke the Emergencies Act without exhausting existing options and without a request from law enforcement – but that happened."

"We also never conceived that Canadians could be targeted for their political views, their property confiscated and their bank accounts frozen out of a political vendetta – but that too occurred in our democracy. These events have sent tremors into the hearts of Canadians, some of whom have picked up and left this country out of fear that we are descending into a full-blown dictatorship. Some patriots I’ve met have even been put on a terrorist watch list just for attending the Freedom Convoy protest."

"Tamara was recently released from jail after being arrested for allegedly breaching her bail conditions at a civil liberties awards gala event. Tamara, who is a 49-year-old Métis grandmother with no criminal record, spent 49 days in jail awaiting trial for charges stemming from her role as a Freedom Convoy organizer. The Crown argued that she was a danger to the public and would likely reoffend, despite the fact that all of her charges were non-violent in nature."

"So, the answer is yes. Tamara does meet the definition of a political prisoner – she was imprisoned for her political beliefs and actions. In fact, two agents of the court had Liberal ties and did not recuse themselves from Tamara’s case. In addition, she was arrested in Alberta before a valid warrant in Alberta was issued. And, the grounds cited by the Justice of the Peace in denying her bail were clearly flawed."

"Finally, two judges – Justice Phillips and Justice Goodman – made reference to the fact that people cannot be jailed because of their political beliefs. This was a clear sign that the Liberal political vendetta had infested our legal system, and it took two judges to call it out and bring balance back to the justice system and remind us all that no court would ever seek to control the possession or manifestation of political views."