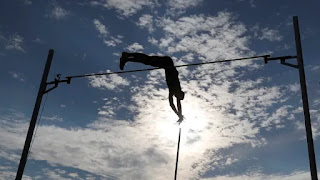 Leslyn Lewis is reporitng that "A narrative of fear surrounds the issue of climate change, and it’s being used to completely alter our way of life. I’ve already covered how the Net-Zero policies are going to transform our food supply chain and why Canada is now headed in the direction of rising discontent like in the Netherlands and Sri Lanka. But it’s not just stopping at farming.

Small businesses will soon become virtually impossible to operate. It’s called Environmental Social Governance (ESG). Make no mistake – the aim of these policies is to completely overturn our economic structure that is dependent on local production. It is also the exact opposite of the lesson we should have learned from the COVID-19 crisis: we should be focusing on securing our supply chains and becoming more self-sufficient." Leslyn Lewis is very sensible.

Leslyn Lewis is also reporting that "The past couple of years have been incredibly traumatizing for so many Canadians. People have lost so much: financial devastation, the loss of so many dreams, losing loved ones. And now at a time when we are hoping that we might finally be returning to normal life, we are being confronted with a new faceless fear: “Sudden Adult Death Syndrome.” This recently emerged mysterious affliction, manifests itself in healthy young adults who suddenly drop dead. Did you know that in Alberta, the leading cause of death is now Unknown.?"

"Meanwhile in Toronto over the past few weeks, six young healthy doctors all died suddenly and with no explanation as to why. We were quickly told that this wasn’t vaccine-related. But that is not good enough. If three young women go missing in your neighbourhood, and the police response was “Well it is probably not a serial killer”, that wouldn’t be good enough. We would demand answers, which is what we should do now."

Leslyn Lewis also explains why she hates politics. She states that "I hate politics. That might be an odd thing for a politician to say, but it is genuinely how I feel. I’m here out of a sincere duty to lend my talents in complete service to my fellow Canadians. I hate that politics is dominated by fear. I hate that politicians focus on making their supporters afraid of their opponents, instead of inspiring them. I hate that if I disagree with someone, I am expected to disagree with everything, when in reality we have much more in common than things that we disagree on."

"I have had many well-meaning people write to me telling me to attack my fellow candidates in a variety of ways. For some people being nasty is a symbol of strength. I won’t do it. I will address the concerns that the voters have and I will share my solutions with them. I want people to vote for me because they support my vision, not because they hate somebody else. It would be like forsaking your values to vote for the person that you think will win even though you don’t agree with their policies. I believe it’s important to be true to your convictions and stand by them."