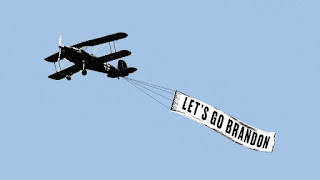 France 24 is reporitng that "A US federal court on Friday maintained a suspension of the Biden administration's mandate requiring large businesses to vaccinate employees for Covid-19. The three-judge panel for the Fifth Circuit Court of Appeals in New Orleans affirmed its initial order from last week, which blocked the mandate from going into effect."

"The court said on Friday that the mandate "grossly exceeds" the administration's authority. The court did not decide whether such a mandate, which would apply to companies with more than 100 workers, is ultimately valid. But in its ruling, the court said it granted the stay partly because the order was not likely to pass constitutional muster."

"The petitioners’ challenges to the Mandate show a great likelihood of success on the merits, and this fact weighs critically in favor of a stay," Judge Kurt D. Engelhardt wrote. He also cited potential irreparable harm to employees and to the case's petitioners, which include five strongly Republican US states -- Texas, Louisiana, South Carolina, Utah and Mississippi -- as well as several private companies and religious groups, if the stay was not granted."

"The Mandate threatens to substantially burden the liberty interests of reluctant individual recipients put to a choice between their job(s) and their jab(s), Engelhardt said. From economic uncertainty to workplace strife, the mere specter of the Mandate has contributed to untold economic upheaval in recent months, the judge said. The ruling requires the stay to remain in place until the challenger's request for a permanent injunction can be reviewed."