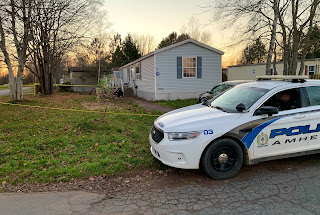 CTV is reporting that "Police in Amherst, N.S. are investigating a shooting on Monday afternoon that has left one person dead. The Amherst Police Department says they were called to a residence on Bayview Drive at approximately 2 p.m. on Nov. 8."

"Police say upon arriving, they found a victim suffering from a gunshot wound. Police say the victim did not reside at the residence. Paramedics transported the victim to the Cumberland Regional Health Care Centre where they later died. Police arrested one person in relation to the shooting and say there is no further threat to the public." 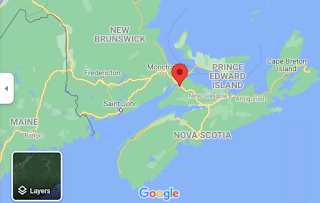