A friend from Hong Kong told me about a Bejing Olympic protest in Vancouer today so I head out early and went to North Vancouver first then crossed over on Lions Gate bridge. This is a picture of the Lions from Clevland dam at the foot of Grouse Mountain. I have never seen the water that low at the Capilano water shed. Something fishy is going on. Obviously they've let extra water through in preparation for more rain. Yet the whole flood in Abbotsford could have been avoided. 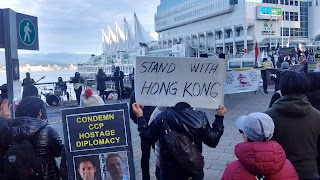 The protest was at Canada Place. I knew Post Media News wouldn't cover it. That means no one locally would. Our media is biased. They won't cover protests against Communist China's human rights violations but they will print insane articles claiming Chairman Mao did great things. That is climate change. Our climate has changed and the media is worthless. 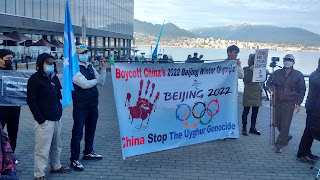 These people come here escaping the atrocities of Communism only to find Communism is coming here and now controls our media. The Dalai Lama isn't even allowed in Tibet. 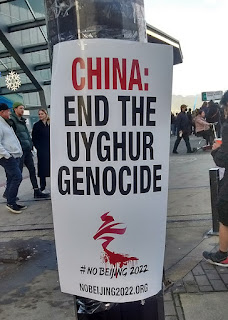 Muslim aboriginals from China are crying out about their oppression by the Communist government. The same government that is trying to rewrite Canadian history and con aboriginals here. We can see how Communism treats aboriginals. Tibet, Mongolia, the Uyghurs - it's all the same. Communism represents oppression and slavery. That's what Communism is. 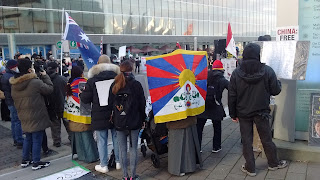