The Hodge Twins were a bit hard on him admiring his valour but reminding him he probably voted for Joe Biden. Another example of how Democrats have taken more money out of your pocket.

Drunk 3PO is a Star Wars Youtuber who defended Gina Carano after getting shafted by Disney for expressing a political belief. Something none of us would have thought possible two years ago. Not only is it un-American, it is illegal. Since Drunk3PO is on Youtube it’s pretty obvious he has to tread carefully and dance around Youtube’s censorship.

When he mentioned that Ice Cube lost a job for refusing to get vaccinated, he's too afraid to even mention the word vaccine and says Vaseline instead. Which is a rather fitting euphemism as in you have to get lubed up before they bend you over and take all your rights away.

In his video he says well you can read the headline to understand what he's talking about which once again shows us how stupid youtube's censorship is and how everyone is aware of it. Youtube's censorship has become so ridiculous that even Democrat Bill Mayer has started to sound off about it. Rebel Media often has a funny warning on their Covid videos that their video contradicts the popular opinion about Covid so Youtube doesn’t delete it.

Youtube’s censorship has become so ridiculous I say f*ck them. Use Rumble or Bitchute instead. In his video, Drunk3PO shows some of the ridiculous Twitter trash comments mocking Ice Cube for being afraid of a needle. That is so ridiculous it is offensive. Vaccine hesitancy has absolutely nothing to do with being afraid of a needle. RNA vaccines are very different from traditional vaccines. The RNA causes the virus to bypass the immune system and enter every organ in the body. That is why some young people are getting heart problems from it.

People have the right to choose what is injected into their body. Covid is not Smallpox or polio. Not even close. The Canada Health Alliance has posted a website to contradict the lies the media is bombarding us about Covid. 73 medical doctors from Alberta wrote an open letter opposing the vaccine mandates. They can see the dark agenda behind this and they reject it.

The censorship and propaganda in the media is bat sh*t crazy. 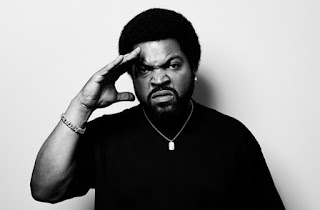