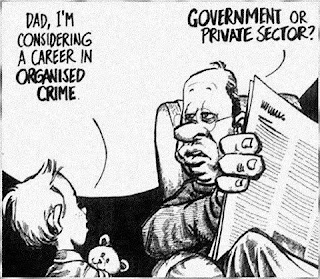 I find it somewhat ironic that the Vancouver Sun is now pushing for a Provincial police force in BC. They are the one that maintained a hate campaign against Doug McCallum for fulfilling his campaign promise in Surrey to create a municipal police force. Ian Mulgrew has credible past history. Wally Oppal does not. Wally Oppal should be in jail for sabotaging the missing women's inquiry. Anything Post Media News promotes is suspect.

If BC and or Alberta form their own Provincial police, it matters not to me. I still hold a romantic idealism towards the RCMP. They wore out their welcome in Surrey but we can see that in other provinces the RCMP still make Hells Angel drug busts. In BC they do not. In BC the CFSEU is compromised and IHIT is not far behind.

In Ontario and Alberta, the regional Biker Enforcement Unit and ALERT do tackle organized crime. The CFSEU in BC does not. That is the problem we need to address but it goes further than that. It goes right into the hallways of the legislature in Victoria.

The BC Liberals were the ones that dismantled the OMGU and oversaw the fall of the CFSEU. Instead of correcting the problem, the BC NDP have perpetuated it. Now the BC NDP is asking Ottawa to decriminalize more drugs. AYFKM? Looks like we need drug tests in Parlaiment because someone's on crack. The DTES is the world's toilet. It is the perfect example of what not to do. We foster addiction and misery. We foster organized crime.

Possession of drugs is already decriminalized in the DTES. Nobody gets arrested for smoking crack. They do it publicly there. City workers hand out free crackpipes and sometimes even free drugs. That's what the drug dealers do to get their clients addicted. Then they brutalize them for drug debts. Portugal made drug treatment mandatory. You cannot cite the success of the Portugal model without citing that fact. It doesn't matter if it's provincial or federal police. We need to start enforcing the law. Our refusal to do that has created the problem we now face.