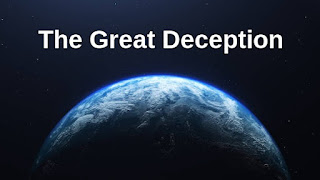 Today I want to talk about the prison conditions of the political prisoners from the January 6th protest and the great deception that surrounded that event. BTW did ya’ll see the prophetic sitcom with Ice cube about quarantines and lockdowns? It’s hilarious.

Everything about January 6th was a deception. Before, during and after. Remember Qanon was going off about the Great Awakening and told everyone to trust the plan? Well we saw their plan unfold and the great deception was revealed. Look where that great deception has taken us.

On Halloween the State of the Nation published a letter from Nathan DeGrave while in prison for 9 months. His crime? He attended the Capitol Hill protest on January 9th as did Brandon Straka and Dr Simone Gold as well as many other plants and patriots.

We can talk about the Constitution's pledge to a fair and speedy trial. We can also talk about the Constitution's declaration that no state shall deny to any person within its jurisdiction equal protection of the law. Let’s look at how the media maliciously misrepresented the ANTIFA riots and the Capitol Hill protest. After a year of rioting and looting, the media promoted the ANTIFA riots without saying a word about the violence and destruction they caused.

Then they had the audacity to refer to the Capitol Hill protest as an insurrection. Once again the ridiculous double standard reveals the dark agenda behind the media’s misrepresentation. All these roads lead to Beijing. That’s who now owns and controls the media.

We saw police officers open the barricades and wave protesters in on January 6th. We saw police officers let protesters into the building on January 6th. We saw that there were numerous plants from the BLM riots there causing violence. The videos I saw were delted from Youtube. The way the media misrepresented what happened there was a great deception.

Remember this clown? Jake Angeli claims Q sent him and stands in front of the greenscreen in the picture above. I don’t know if the green screen picture is real or fake but I do know that he is a fake. He was a plant. One minute he says Q sent him, the next minute he said he’s willing to testify at Dolnald Trump’s impeachment trial claiming that Trump incited him. That was ridiculous.

There was a massive pro Trump protest in Washington not long before. The difference between the pro Trump rallies and the ANTIFA rallies was that the pro Trump rallies were peaceful and the ANTIFA rallies were not. Claiming that Donald Trump incited him to commit an act of violence was a bold faced lie. That’s because he was a plant. He was an agent provocateur sent in to infiltrate and discredit the movement. That was Q’s mission.

From the beginning I declared that Q was CIA. Anonymous revealed that to be true. Where do you think all those claims to have inside information came from? Q was out there to infiltrate the movement and lead it astray. Joe Biden was the CIA’s candidate, not Donald Trump.

Satan and the CIA have one thing in common. They both will tell you nine truths to get you hooked on one lie. Lying is the CIA’s method of operation.

The Clintons did this, the Clintons did that. It was all true. Until they crossed over into the absurd. I have no doubt Bill Clinton slept around with under age prositutes and did a lot of cocaine. I do not believe he was raping babies. You can twist the definition of babies to mean she’s my daughter she’s my baby. A seventees year old prostitute is under age and creepy but is not a baby. The media said Jake Angeli "is a supporter of the QAnon conspiracy theory that casts Trump as a savior figure and elite Democrats as a cabal of Satanist pedophiles and cannibals."

The left has clearly lost their mind but the obsession with baby raping pedophiles is utterly ridiculous. That was the purpose of the psyop. Tell them nine truths to get them hooked on one lie then show everyone how ridiculous that lie is to discourage people from joining them.

Look at where the Great Deception has taken us. The CIA black prison sites are now on American soil. That should concern everyone. People are losing their jobs for their political opinion. That leads to the same problem as media mergers. Change the media and you change the news. If people can get fired for their political opinion, you could be next.