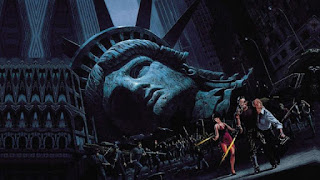 ABC is reprtoing that Eric Adams is the projected winner over Curtis Sliwa for mayor of New York City. Although Adams was the best candidate of the Democrats, that was simply because he was the most like Curtis. New York had the opportunity to have the real thing but they dropped the ball. New York has shown the world how Liberals can destroy a great city and how Conservatives can rebuild it from the ashes. New Yorkers have lost their political will.

Everyone knows that de Blasio f*cked up. That’s why he wasn’t allowed to run again. Rudy Giuliani transformed New York City and de Blasio flushed it down the toilet. Giuliani made New York safe through law enforcement. Giuliani made New York prosperous through low taxes. Candace Owens explained what happens when you raise taxes. The rich people leave and the poor people are left to pick up the tab. This is why Texas and Florida are thriving.