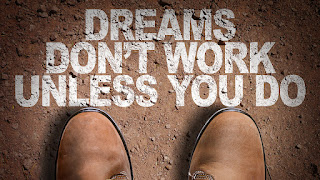 Communism doesn't work because Communists won't work. They remove incentive from their system so no one has any reason to work. They want everything for nothing. You can't rob the rich forever. Eventually they will run out of money and everyone will starve.

When I was young my father used to say Communism works in theory but it doesn't work in practice. At the time, I was too young to understand what he meant. I certainly understand now.

Everyone associates Bilderberg with Capitalism. Then what the hell is Bill Gates, a died in the wool Communist doing there? The Rothchilds funded the Communist revolution in Russia because they wanted more money and more power. It was an investment.

As I said, when I worked for the Post Office and was involved with CUPW there were a ton of Communists in that Union. Darrel Tingley was just the most abrasive and extreme. There were a lot of educated National URs who considered themselves "true" Communists.

At the Regional Conference where I met Darrel Tingley, a National UR came up to me and said "The Communists in Russia, China and Eastern Europe all call themselves Communists but they aren't really Communists." I snapped back "Then what the hell are they because that's what Communism is." He said "Cuba is the best model of socialism that we have."

"No it's not," I said. "Cuba has political prisoners and practice religious discrimination. It's not as bad as China but you can't be a member of the party if you have a religion and they only allow one party. The best model of socialism we have is the kibbutz movement in Israel. People are free to join or free to leave. They have religious kibbutz or nonreligious kibbutz and all the profits go to raising the standard of living for everyone on the kibbutz."

After the convention he would send me propaganda in the mail about Cuba. The writing on the envelope was always slanted left and there was no return address. Just postmarked from Ottawa. I knew it was him. He was funny and intelligent. I respected him. Oh and when I was fired from Canada Post, I brought in a Communist to represent me because I trusted her.

There was another well-educated staffer that would write the speeches for the president. He was another idealistic Communist. One day Darrel Tingley added him to his attack list and called him a right-wing enemy of the working class. I laughed out loud when I heard that.

The staffer was died in the wool. I made a post on my website about it and said "What's the matter, Is Darrel upset about another Trot?" The staffer wrote me and said "Trot I am not." He too was educated and genuine. I respected him. I wrote a lot of satire on the CUPW National conventions where Darrel was defeated. I billed Dale Clark as Luke Sywalker and Deborah Burque as Queen Amidala. Darrel was Darth Vader of course.

Dale Clark defeated Darrel Tingely for the National President. After his term was up, I said if Denis Lemelin ran for National President, I would bill him as the Scorpion King. I liked him. He was French - passionate and sincere. He was trustworthy.

I will now concede that there are some people who call themselves Communists who actually believe in the lie Communism tells them. These are the people Communists will use and exploit to attain their true goal - to make themselves rich by making everyone else slaves.

Aleksandr Solzhenitsyn boldly declared that Lenin wasn't the leader of the workers revolution in Russia, it was Alexander Shliapnikov. Lenin was an emigre who highjacked the movement and had Shliapniko executed in prison. When the Union went on strike he sent in the machine guns to kill them. The families were too afraid to collect their dead.

Aleksandr Solzhenitsyn stated that the motto on the Communist Manefesto “Workers of the world, unite!” was a lie. He said "never have the leaders of the Communist Revolution in the Soviet Union used these words sincerely and in their full meaning. When so many lies have accumulated over the decades, we forget the radical and basic lie which is not on the leaves of the tree but at its very roots." Trade Unions don't have the right to strike in Communism.

That's why Che Guevara was executed. He believed the lie just like Gadhafi did. The CIA convinced the West to execute Gadhafi because he nationalized their oil. The CIA executed Che but who betrayed his location? None of Che's men would. IMO Castro was the only one who had a motive to kill Che after he exploited him. The CIA did it for him.

Nelson Mandella was a true socialist. He protected civil liberty by law in the South African Constitution. Yet he was also called a Nationalist. Does that mean he was a Fascist? Of course not. Communists state you have to give up individual rights to allow for collective rights. That is a lie. Once you give up individual rights there are no collective rights. Everyone becomes slaves.

So now, workers of the world unite. You have everything to lose except your chains. The Communists will take your house, your car and everything you possess. They will rob you blind and shackle you in chains. History repeats itself until we learn from it.