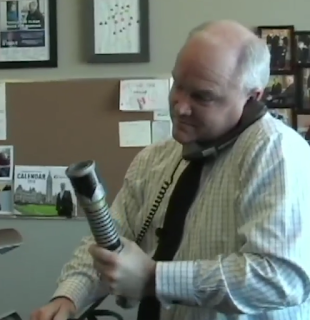 Well another Sith Lord bites the dust. Erin O'Toole has lost his mind. He kicks a Senator out of the Conservative Caucus because she called for a leadership review after his defeat in the last election. Like WTF? Another fake femenist. Then he warns more expulsions are in store for any MP who challenges his leadership. Ever? AYFKM? This guy is a raging lunatic.

Andrew Sheer did better than he did in the last election and after he lost, they held a leadership review. Personally, I thought that was premature. Andrew Sheer got more votes than Justin Trudeau, I wouldn't call that a defeat. Yet when the same thing happens to Erin O'Toole he goes all Sith Lord. That is bat sh*t crazy. Anyone who calls for a leadership review will be kicked out of the party. Can he not see how completely insane that sounds?

Globalists within the Conservatives have a tendency of kicking out other MPs from the party who they see as a threat to their leadership. That's what Globalists do because Globalists are Communists and Erin O'Toole is a Globalist. He is destrying the party and needs to be replaced.

Update: CTV is reporting that "Conservative senators have chosen to keep Batters in their fold, notwithstanding party leader Erin O'Toole's decision Tuesday to kick her out of the national caucus after she challenged his leadership." We need someone who speaks French.

CBC is reporting that "Currently, the UCP has scheduled a vote on Kenney's leadership for the weekend of April 8-9, 2022. However, a significant number of UCP members are so fed up with Kenney they want the leadership vote to be held as soon as possible, certainly before March 1st."