Conrad Black has been replaced 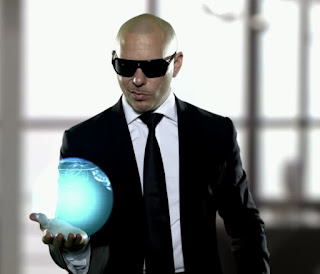 Today I want to take a walk down memory lane because as Pitbull once said, "To understand the future, we have to go back in time." Many years ago, I was a letter carrier with Canada Post. Since Canada Post is a pretty confrontational employer, I got involved with the Union. I became a grievance officer, shop steward and vice president of my local.

One day I was sifting through Union correspondence at the office and came across a stack of newspapers called the Marxist Leninist Weekly. I was like WTF is this? The local paid for a subscription. As I was browsing through them, I came across a letter written by the CUPW National President at the time, Darrel Tingley who was from Halifax.

In the letter he sent his "Revolutionary Greetings" on behalf of all the CUPW members and said Vivala Cuban Revolution Comrades. I was like AYFKM? Turns out that Darrell was a died in the wool Communist and there were many more like him in CUPW.

This was all very new to me. I thought it was batsh*t crazy. I asked what does promoting Communism in Cuba have to do with delivering the mail? I met Darrel at an Area Council and hand delivered him a letter asking him point blank what gives him the authority to endorse Revolutionary Communism on behalf of all the members including me.

Darrel was defiant. He put his response in writing and mailed it to me with a Conrad Black Stop the Greed stamp on it the Union had made up. That was the first time I had heard about Conrad Black. Darrel was not apologetic and did not backpaddle in the slightest. He boldly declared that the policy papers in the CUPW National Constitution known as the Orange Papers gave him the authority to do so. There's a story behind those orange papers.

The Corporation got tired of dealing with two Unions and said they only wanted to deal with one Union so figure it out. CUPW had more members so they won the vote. Sadly, after the vote CUPW kicked out all the former leaders from LCUC which created a lot of animosity and subsequent raids. The members were divided and the company won.

The new CUPW pissed off all of Quebec at a National convention. Quebec said f*ck you and they all walked out. CUPW looked around and smiled. They said we still have a quorum and all our opposition just walked out the door. They then proceeded to cram every ridiculous policy they could think of which became known as the Orange Papers. Quebec rejected them but because they had walked out in protest, CUPW crammed them through behind their back.

Now back to Conrad Black and his replacement. Darrel compared me to Conrad Black. He compared everyone to Conrad Black. Everyone that disagreed with him including his died in the wool comrades were in his mind right wing enemies of the working class. Our local president was sent to a convention in Cuba on the Union's dime. He was originally from Colombia. He came back from the convention in Cuba and said he saw FARC there. He said he didn't support that. I lost it and made buttons that said No FARCing around. The old guard hated me.

It is true that Conrad Black was buying up all the media outlets and under his ownership the media was biased but that has all completely changed. As I have said, that's the problem with media mergers. Once you consolidate all the media outlets, they become easier to control. Change the ownership and you change the news. That is exactly what we have seen with Conrad Black's replacement. We've gone from one extreme to the other and far beyond.

The Chinese Communist Party bought Disney and turned Captain America into Captain Communist. We saw a year of ANTIFA hate promoted by their media and the Black Lives Matter movement get completely highjacked. 72 % of Blacks in New York are unvaccinated. Those Blacks don't matter to the media because it goes against their agenda.

Global News has become absolutely ridiculous. They cram their agenda over and over again with misinformation. They still have the audacity to say follow the science when they do anything but. That's why all these medical alliances like the Hart Group, Canada Health Alliance, Canadian Covid Care Alliance, the Frontline Covid-19 Critical Carre Alliance and America's Frontline Doctors have all posted websites to counter the false information the media is bombarding us with. They support the Science. The media does not. Why Communism doesn't work.