Another Alberta man charged in another Surrey shooting 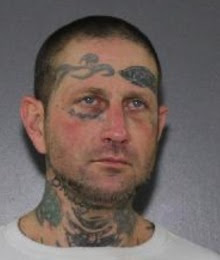 CTV is rpeoritng that "Mounties in Surrey say a man has been charged with multiple offences following a shooting at a Surrey home that has been targeted multiple times recently. In an update Friday, police said they've arrested 42-year-old Travis Bowcock, who is from Alberta, and charged him in connection to the shooting."

Doesn't this guy look like a winner. He's a skid from the toolies hired by the Edmonton Hells Angels. He must be using a little too much of the product. Life expectancy: not long. 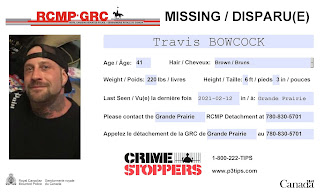