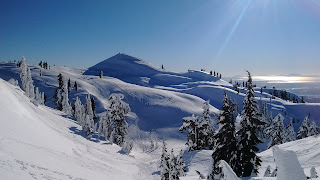 I had the day off work so I seized the sunshine and hiked up Seymour third peak with crampons today. Getting away from the trolls and all the mainstream media toxic bullsh*t up in the mountains and it's a wonderful world so it is. Just ask Louis Armstrong. 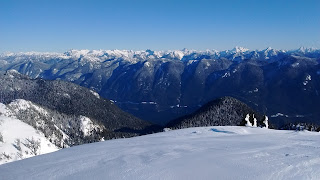 Someone jumped off the top of first peak today with a parasail. It was awesome. You see that all the time on Grouse mountain but this is the first time I ever saw it on Seymour. I think they have more updrafts on Grouse. One summer I saw someone parasailing over Crown mountain beside Grouse and they kept catching updrafts they were soaring there all day. 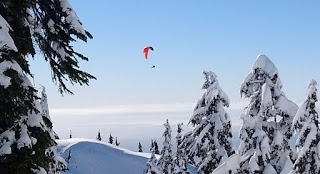 Heard this old song called Lean on me on the radio on the way home and it made me think of an old friend who used to sing it all the time. He was born in New York, raised in Vancouver and did volunteer work all over the world. After going into a coma he had to relearn how to walk and talk. They call him Iron on the street. He's a street soulja alright. Peace.