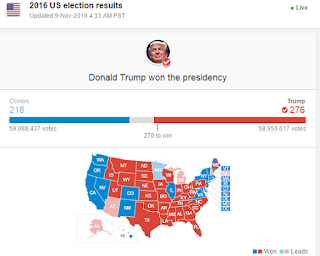 I am sick and tired of the relentless bullsh*t the brain dead mainstream media continues to spew about Donald Trump. The republicans won the election. Get over it. He may well be an idiot, but he won the republican nomination and he was elected fair and square. The republican's also won the majority in the house and senate. The obsessive bullsh*t has become absurd.

Gun owners like Donald Trump. Gun owners do not like Hillary Clinton. Hillary Clinton was a dirty criminal. The democrats had the white house for two terms. Now it's the republicans turn. That is life in a democratic society. Opposing democracy and you are left with a communist state.

Not everyone who voted for Donald Trump are racist. Most just want the economy to improve and deep down that's what eveyone wants. Donald Trump's concerns with these bogus free trade agreements are valid. Him raising those concerns is a good thing. This whole Russia obsession is absurd. Hillary Clinton sold Russia weapons grade uranium for their nuclear missiles. The CIA put Putin in power just like they did Saddam Hussein.

Demonizing Russia when they are no longer communist and at the same time kissing China's ass when they are communist executing political prisoners on demand for organ harvesting is a colossal red flag. McCarthy may well have been paranoid but he was right about the CIA. Communists took over the CIA a long time ago. That is why they are pushing China's corporate communism and why they oppose civl liberty. Let's free Edward Snowden and get on with defending the Constitution from all enemies both foreign and domestic.

Hillary Clinton was the author of Operation Fast and Furious. If the democrats want to retake the white house they need to pick another candidate. That is the reality they must face. Otherwise they are simply agents of the dark side pushing the CIA's arms dealing and drug trafficking network. Donald Trump's beef with the CIA is a good thing. They are the secret society Kennedy warned us about. We need to look beyond the complete nonsense the CIA continues to spam the mainstream media with and move forward.

Update: Former MI-6 spy known to U.S. agencies is author of reports on Trump in Russia

Just like MI 6 were the authors of the false press releases about Iraq's WMD under Operation Mass Appeal. Why and the hell do these criminals have so much power over the Mainstream Media? These are the lawbreakers Edward Snowden warned us about who are trying to destroy civil liberty and the US constitution. The CIA are drug traffickers and arms dealers. CSIS provided the explosives for the Air India bombing. It's time to stop letting them control our media. 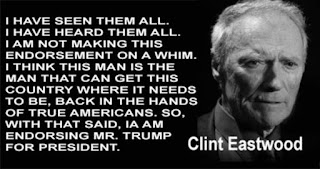