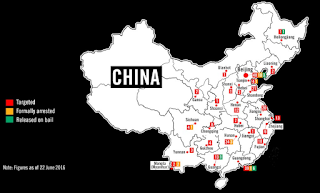 Gong Hey Fat Choy. As we kick off the lunar New Year let's take a look and Communist China's crackdown on human rights lawyers. Amnesty International is reporting that "It’s been one year since China began its assault on human rights lawyers and activists across the country on 9 July 2015. In all, 248* lawyers and activists were questioned by police, detained or charged in the unprecedented sweep." Let's name the prisoners and track them.

The Guardian is reporting that Human rights attorney Xie Yang says he was shackled, beaten and threatened, in transcripts released in protest at his continued incarceration. So why all the smoke and mirror distractions about Russia when communist China is torturing human rights lawyers as we speak and murdering political prisoners to order for organ harvesting. This is serious.

Turns out that the familiar term Gong Hey Fat Choy is Cantonese not Mandarin. Cantonese is spoken in Hong Kong and has been banned by mainland China after the take over. Communist China has also banned the award winning film 10 Years which gives a dark look at Hong Kong's future under Communist rule. It's worth watching. Now China is banning two elected lawmakers in Hong Kong because they won't swear allegiance to Communist China. Time for us to wake up.

One aspect of the movie explains self immolation. I oppose that practice because it is self defeating. Going on a hunger strike against Adolf Hitler wouldn't work. He'd just laugh and say one less to worry about. The same with Stalin or Chairman Mao. In addition to that self immolation assists Communist China's propaganda war. China falsely accuses the Falun Gong of self immolation. They say don't listen to them those people are crazy. They cut themselves and commit suicide. Outsiders looking in have to agree. Sadly, most people think the Tibetan monks that set themselves on fire in protest are crazy. That sacrifice is lost in the translation. 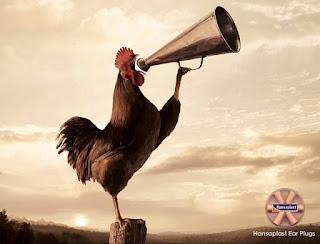 The Year of the rooster has now begun.

Posted by Dennis Watson at 2:53 AM