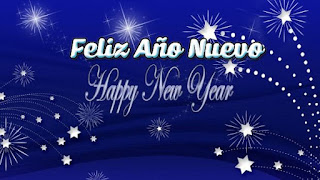 A new day breaks and a new year begins. Happy New Year or as our Spanish friends say Feliz Año Nuevo. I'm personally glad to see an end to 2016. The Vancouver Province wrote an article claiming for many 2016 was the worst year ever. In Alberta there was the Fort McMurray fire and the drop in oil prices which rolled back the oil industry there. We even heard reverse rags to riches stories of former Alberta oil sands workers ending up drug addicted and homeless in the DTES. God only knows how many of them ended up dead from fentanyl. So for many this was a bad year but as always, the future looks bright. Well at least brighter than it was for many.

The first thing we need to ask ourselves is what on earth would attract someone living an affluent life in Alberta to the DTES - the depths of hell itself. Perhaps I was right after all. Perhaps our attempts at harm reduction have had the opposite effect and in reality have become harm promotion. Opening up a lethal injection site where everyone knows drug dealers are allowed to sell drugs without being arrested has attracted and created drug addicts from across the country. This needs to change. If we genuinely have an ounce of compassion and a glimmer of a social conscience this needs to change. Justice will not sleep forever.

So let's stop the spread of the fentanyl bubonic plague by confronting the ruthless drug dealers on the Surrey Strip. Let's highlight that and focus on that so we can quarantine the problem and stop it from spreading across the country like it currently is. To do this we need to outflank the problem from both ends. Long term treatment is needed not Surrey flop houses and we need to arrest the drug dealers selling fentanyl laced drugs outside needle exchanges and lethal injection sites.

Just because the devil's advocates have created these cease pools of corruption, that does not mean they have the right to change the law without public consent. The Public needs to force City Hall and the police to do their job and arrest the drug dealers creating this epidemic. If they won't do that we need to take the matter to the courts like Lisa Dudley's parents. The right to life and security of person is a Charter Right that is currently being exploited by drug dealers and pharmaceutical pimps alike. Stop the greed. People need homes not drugs. Let's confront the problem and freeze it like Dr Colin Mangham sugested and stop it from spreading across the country. Peace. Not as the world thinks of it but as the master knows it. Freeze Frame. 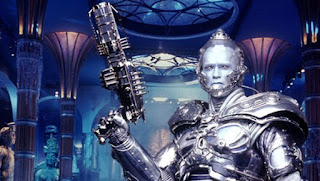 This is the year Hell freezes over in Metro Vancouver.