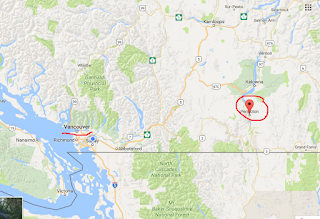 The Penticton Western News is reporting that "Penticton RCMP were called to a rural area of Willowbrook Road, near White Lake Road where a body was discovered on Jan. 17. Investigators from the Southeast District Major Crime Unit, Police Dog Services and the Forensic Identification Unit were called to assist with the investigation, which is being treated as suspicious."

Update: The Penticton News is reporting that "RCMP have yet to release the name, but say the body found Tuesday in a pullout beside Willowbrook Road is that of a 27-year-old male from Kelowna. They have also now ruled that he was the victim of an apparent homicide."