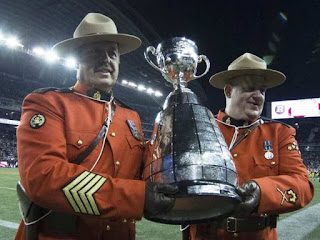 The Vernon Morning Star is reporting that "a Vernon-North Okanagan RCMP drug trafficking investigation has resulted in a substantial number of arrests with undercover officers able to buy hard-core drugs like fentanyl and heroin."

When the undercover operators purchased what they believed to be heroin it was later found to contain heroin, fentanyl, and mixtures of both which greatly increases the potency of an already highly toxic and dangerous drug. “This reinforces what has been widely known and reported: persons using illicit drugs do so without knowing what the drug actually contains and as a result put themselves, and potentially others, at significant risk,” said Noseworthy.

Sgt. David Evans of the targeted policing squad said the initiative is one part of the detachment’s efforts to reduce crime by targeting those specifically responsible for drug trafficking in the North Okanagan. Finally someone with a brain!

Targeting drug trafficking at all levels is a detachment priority. At least they have it right. Why doesn't Surrey do that? Only in Vernon you say? Pitty. That is the New York model.

Posted by Dennis Watson at 1:57 PM