Shooting in Surrey results in another fatality 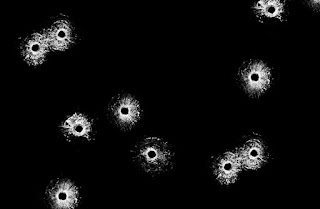 The Surrey now is reporting that A man was found dead in a vehicle in Newton Thursday night roughly one hour before a drive-by shooting in Whalley. "We can't confirm they are related," Corporal Meghan Foster, spokeswoman for the Integrated Homicide Investigation Team, told the Now. "It is unknown if this homicide is linked to other recent shootings."

Surrey Mounties were called to the 7400-block of Sinclair Crescent just after 8 p.m. after someone found Maple Ridge resident Hershan "Shawn" Bains, age 36, "unresponsive" in his vehicle. IHIT deemed his death a "targeted" homicide. Foster said it's not yet known if this shooting is linked to the "targeted" shooting death of Karanpartap Waraich, 22, who was shot several times before crashing his SUV into the golden arches sign at the McDonald's in Cedar Hills on Monday night, Jan. 23.

There had also been a shooting on Friday, Jan. 20th in Newton, in the 8000-block of Scott Road, where police recovered bullets and bullet casings near an unoccupied vehicle. Meantime, about an hour after Bains was found, multiple gunshots were fired from a white pickup truck at a white Mercedes sedan in Whalley Thursday night, in the 12300-block of 91A Avenue.

That makes eight shots-fired incidents confirmed by the Surrey RCMP so far this month.