Shooting at a Mosque in Quebec 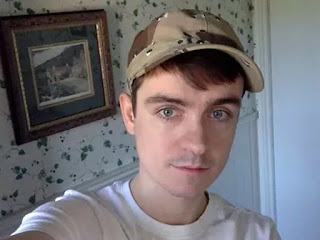 Notwithstanding the seriousness of the tragedy, I am hesitant to even mention the Mosque shooting in Quebec because I am of the opinion most of these mass shootings are indeed orchestrated. Nevertheless it did happen. Some wack job wing nut went into a mosque in Quebec City Sunday night and started shooting random people. 6 people dead 19 injured. A complete tragedy with no real motive. Guess what, he wasn't a refugee.

Quebec's premier admitted that the Mosque shooting shows Quebec has its demons. "Xenophobia, racism and exclusion are present here." This is true but is rather baffling. The French Revolution was all about Liberty, Equality and Fraternity. Some have cited that historic pledge in light of the hypocritical quest to ban hijabs in France. Police making a woman remove her Burkini on the beach is obscene. 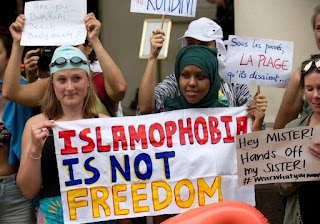 One blog reader recently sent me a very offensive video of a white Nazi railing on Islam. A woman wearing a hijab started to heckle him and he shouted out You're wearing a hijab in the United States of America. What's wrong with you? At that point I shut the video off. There is nothing wrong with her. That is her right. He is the one with the problem because he doesn't understand or support the US Constitution. That is the real problem.