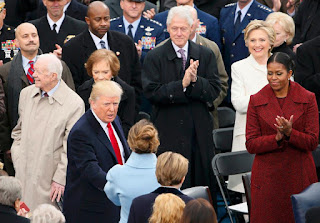 I find it mildly amusing that the anti Trump camp are hiding under the umbrella of women's rights. There's been a few women's rights marches denouncing the election of Donald Trump. Trump's response was simple. Why didn't they vote? Oh they did. I'll be the first one to admit that I don't like Trump as a person. His locker room banter is childish. Unfortunately it's common. That certainly doesn't make it right. It just makes the anti Trump camp complete hypocrites for trying to claim his election in any way violates women's rights. 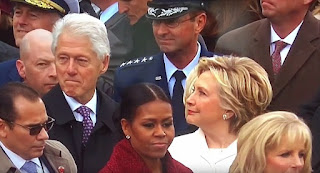 Donald Trump is no different than Bill Clinton or Newt Gingrich. Speaking of Mr. Bill, did you see Hillary catch him checking out Ivanka at the inauguration? It was priceless. 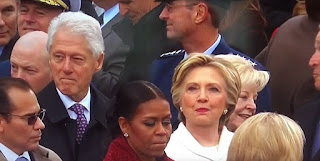 Even the mighty Obama himself had wandering eyes. 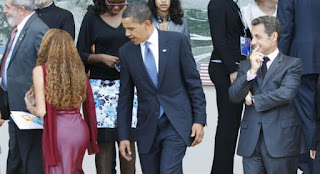 We know that more than Sarkozy's eyes wandered during his tenure. What were all these women's rights protesters saying about Bill Clinton and Newt Gingrich's infidelities? Oh they weren't protesting infidelity, they were protesting childish locker room banter. Really?

Ultimately, Madonna was the one that took the cake. What the hell is Madonna doing speaking at a march for women's rights? She is the one who made a career out of demeaning women.

So what is the protest really about then? What country has Donald Trump invaded or what policy has he created that's so offensive? Well he hasn't yet but just you wait. So you're not protesting a policy he made or a country he invaded, you are protesting the fact that he won the election and that your candidate lost? Really? Is that what this is all about? Get over it.

Gun owners like Donald Trump. Gun owners don't like Hillary Clinton. This election wasn't about women's rights. It was about arms dealing and drug trafficking. The CIA are upset their candidate lost and are spamming the media with nonsense because they are facing budgets cuts and well they should. They shouldn't even be operating on US soil. Move forward. Ignore the CIA. 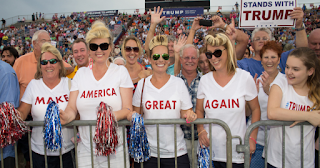 I will add that although Madonna campaigned for Hillary and has a history of being trashy as hell, she was absolutely magnificent in Evita when she sang Don't Cry for me Argentina. That was the classiest role she ever played. Now she's promoting Hillary's arms dealing and drug trafficking. Pitty. Hillary Clinton is no Eva Perón.

Madonna has completely lost it. She claims women betrayed us by voting for Donald Trump. She claims “Women hate women. That’s what I think it is.” I think Madonna needs some time with Dr. Phil. She's on a women's march against women who voted for Trump. Now that is conflicted. 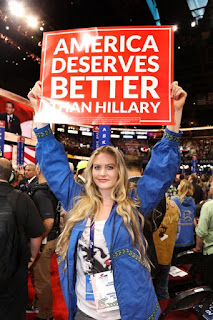 Update: The Toronto Sun is reporting that "modern feminism is no longer an inclusive movement to protect and improve the lives of all women. These leftist feminists have shown their true colours. They’ve demonstrated that feminism isn’t about women, it’s about politics – where a feminist man, even a violent one, comes ahead of a conservative woman."