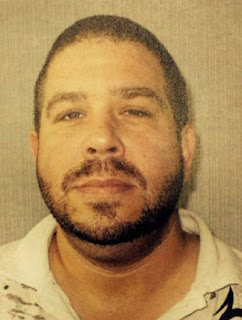 December 3rd CBC reported that Rock Machine member Joseph Fluet was one of two men who were shot and killed in a field outside Montreal the day before. December 6th CBC reported that Richard Hunt, 38, and Mélanie Binette, 28 were charged in their murder.

At the time of the hearing, Fluet was serving a two-year sentence for having used two fellow members of the Rock Machine biker gang to intimidate and defraud an elderly man out of tens of thousands of dollars. That was pretty lame.

In 2001, Fluet agreed to become a witness for the prosecution under his original name, Éric Lefebvre. He set fire to a pub while working as a drug courier for the Hells Angels in Quebec City. He testified against a part owner of the pub who had hired him to set the fire. He set the fire then became a police witness. Go figure.

The Montreal Gazette claims Fluet was able to join the Rock Machine because he had changed his name and assumed a new identity and that a source claims the motive for his murder was related to dispute over a drug deal.