One step forward three steps back 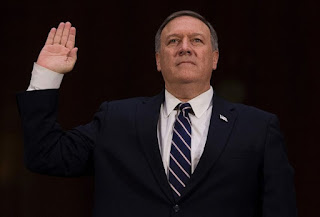 I've been pretty clear in that I didn't support Donald Trump although I thought Hillary Clinton was far worse. My concern with the CIA's arms dealing and drug trafficking permeates generations of Bush Clinton fraud. The CIA opposing Trump is a sign for people to support him. Yet his choice for a new director of the CIA represents one step forward and three steps backwards.

He is a member of the Tea Party who pride themselves on being supporters of the US Constitution which is a good thing. Sdaly he supports increased government surveillance and torture of prisoners. WTF? That is the exact opposite of what the Constitution represents.

The Atlantic is reporting that Trump’s CIA Director Wants to Return to a Pre-Snowden World. One would think that would be a good thing. Go back to defending the civl liberty in the Constitution that sent Edward Snowden into exile. Au contraire. The subheading states He’s called for a “fundamental upgrade” to U.S. spying powers.

"Mike Pompeo, the man that President-elect Donald Trump chose on Friday to lead the CIA when he becomes president, has long been a vocal supporter of expanding the government’s surveillance powers. As Congress worked to wind down the National Security Agency’s bulk data-collection program last summer, rolling back one of the secret measures first authorized under President George W. Bush, Pompeo—a Republican representative from Kansas who sits on the House Intelligence Committee—was pushing back." AYFKM?

Mike Pompeo also supports torture and the expansion of Guantanamo Bay. Good God. At least he opposes gun control. If the Agency can orchestrate mass shootings they can also orchestrate 911. Operation Northwoods was real. Now he is saying he won't return to torture under Trump's leadership. Torture in black prison sites is OK as long as they aren't on American soil? Your guess is as good as mine. Looks like a crazy ride ahead. 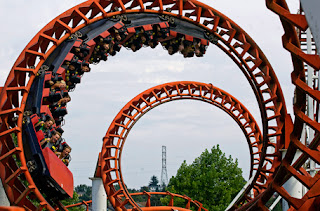