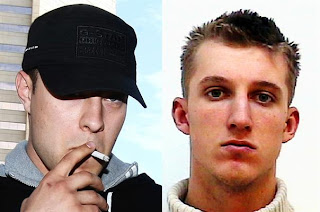 4 people were shot in a Vietnamese restaurant in Calgary just after 2:00 AM Sunday morning. 2 men are in serious condition, one man is dead. Police say it was a targeted shooting. Police said their investigation will draw on experience from a similar shooting - the gang related 2009 New Year's Day triple murder at the Bolsa Vietnamese Restaurant.

That shooting invovled the FOB (Fresh of the Boat) and the FK (FOB Killers). In the 2009 shooting, Mann, 22, was a known gang member and Bendle, 21, was an associate and had been kidnapped and used as bait to lure Mann to the restaurant. Su'a, a bystander, was also killed. Nathan Zuccherato and Michael Roberto were found guilty on three counts each of first-degree murder for their roles in the triple slaying on New Year's Day 2009.

Tragically, just like the New Years shooting back in 2009, this shooting killed an innocent bystander.