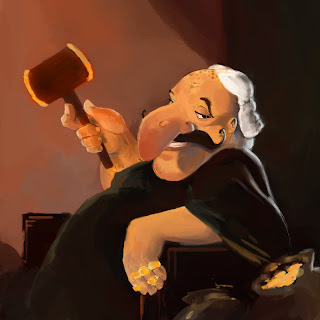 The BC courts have established a new precedent in judicial absurdity. Justice Malcolm Macaulay just ordered the provincial government to reconsider its decision to deny pay raises to 146 provincial court judges. Nobody likes not getting a pay raise and it’s bad enough the government legislates their own wage. Yet the courts ordering the government to give them a raise is absurd.

Whenever a judge makes a decision or creates an order, they have to cite a law or statue that they are basing their order on and provide case law or jurisprudence to support their interpretation of that law or statue.

I’ve already talked about how we tend to totally distort the charter of rights and apply it to things it was never intended to apply to. This is another example of that. Getting a pay raise is nice but it certainly isn’t a charter right.

Macaulay said in standing by its "net-zero" man-date for government employees, the government diverted its attention from the need to abide by constitutional requirements in setting pay for judges. Constitution requirement? What on earth is that crack head on about? The Constitution Acts, 1867 to 1982 simply states judges' salaries shall be fixed and provided by the Parliament of Canada. That means the government makes the decision and has the final say as to what the salary is.

Since this new order is null and void and is basically a worthless piece of paper, it does tell us one thing: we have a problem that needs to be changed. The arrogance of the BC court judges and their continued over stepping of their judicial parameters means they need to be publically accountable.

In the United States the judges are publically accountable because they are elected. If a judge starts making stupid decisions the public just elect another judge. We currently have no provision in place to make our judges accountable in Canada. As we have seen, we are powerless to get rid of bad judges like Peter Leask. This clearly needs to change.