When a judge fails justice 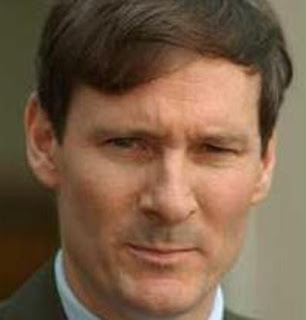 When a judge fails to uphold justice, they’re like salt that has lost it’s flavor. Good for nothing. Geoffrey Gaul was appointed to the BC Supreme Court in 2008. His recent acquittal of Eldriegson Lopez Delalcazar clearly shows he has no concept of justice whatsoever and should not be sitting on the bench.

Yesterday, simpatico news highlighted a moving video about domestic violence that went viral. The bottom line is that these moving videos mean nothing when we show by our actions that we really don’t care about domestic violence. The just of the video was a woman using make up to hide her bruises from being in an abusive relationship. Hard to believe would actually happen in today’s world. Yet decisions like Geoffrey Gaul’s shows why.

How did you get those bruises? I fell down the stairs. Why would anyone hide that? Shame, guilt, fear. No one starts a relationship wanting to be assaulted. For those who are, fear is a real factor in their imprisonment. Fear that a police officer won’t believe them. Fear that a broken judicial system won’t protect them. Fear that if they say anything they will be hurt worse or even killed. Which sadly enough is often the case.

Suffice it to say most women in abusive relationships are afraid to press charges or testify in court. In the Delalcazar case we have grown men afraid to testify. Dixon testified that he was sitting in a booth at the back of the restaurant when he caught a glimpse of four men walking in. Suddenly, he was punched in the face, pulled from the booth and pushed to the ground. He testified that when he was on the ground, he covered his head and did not see the people who were kicking and punching him.

Yet the surveillance video showed that it was Eldriegson, his brother Jefferson, Kevin Baker and one other unidentified male who approached the booth. After the fight Jefferson was seen sitting on top of his ex girlfriend hitting her and had to be pulled off her. The fight was about Kevin’s girlfriend and Jefferson’s ex girlfriend were sitting at Denny’s restaurant with two guys they met that night at a club. The four guys jumped the two guys and Jefferson kicked the crap out of his ex.

Acquitting Eldriegson because the witnesses and even the men who were assaulted were afraid to name him was wrong. The judge agreed an assault occurred. The video showed four men approaching the table. To some extent witnesses being afraid to name names and point the final finger does to some extant tie the judges hands but clearly the evidence does speak for itself. Gaul failed to uphold natural justice. Sadly, he might well be one of our better judges which shows the seriousness and the depth of our judicial vacuum,. I am now convinced that judges should be elected in BC just like they are in the United States. Judges not being accountable just isn’t working.