The Hells Angels are not welcome in Surrey 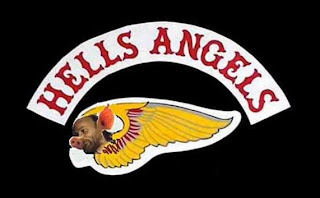 Freddy was right. Kim Bolan is reporting that the Hells Angels are opening a new chapter in Surrey which she states has been confirmed by Sgt. Bill Whalen of the Combined Forces Special Enforcement Unit.

Surrey RCMP Supt. Bill Fordy said “Outlaw Motorcycle gangs are not welcome here or anywhere else. If the Hells Angels expect to set up a clubhouse in Surrey, I am serving them notice right here and now that they are not welcome. I will use every lawful means at my disposal to ensure they understand that.”

In Saint John New Brunswick a Hells Angel’s puppet club named Bacchus was just vacated after the city evicted them on bylaw violations after their president was involved in a reckless shooting and murder right outside their clubhouse.

Eric Sandberg told agent 22 “They” were ready to eliminate all the competition in Surrey. After that prophetic announcement, Larry Amero finally came out of the closet with his relationship with Jonathon Bacon’s drug trafficking network. Now that the Durhe Dhak group has been subsequently wiped out the Hells Angels now plan on opening a chapter in Surrey. That is not on.

The Bacon brothers are hated in Surrey. Everyone now knows the Hells Agnels were the ones that supported the Bacon brothers who in turn were involved with the Surrey Six murder and the murder of Nikki Alemy who was shot dead in front of her toddler.

We know that the White Rock Hells Angels are not new to the Surrey drug trade. We are told they were supplying the Surrey House of Horrors which we recently found out was bussing people to bikers parties on the Pickton farm. Tbarz along with Randy Jones and his brother Trevor were implicated in a huge cross border cocaine trafficking ring in the US.

Subsequently, a White Rock Hells Agnels was caught with a kilo of cocaine. The Hells Angels are clearly a criminal organization. Tbarz as well as any new clubhouse they obtain should be seized under criminal organization legislation. Saint John’s were also in the process of developing SCAN legislation - Safer Communities and Neighbourhoods to permanently remove them from the property to keep communities safe. Clearly, the Hells Angels are not welcome in Surrey.