Bacchus implicated in another murder 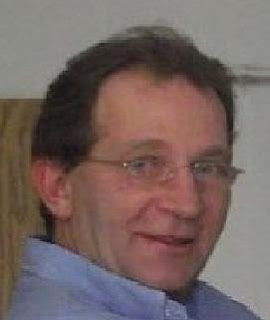 On October 3rd, 2012, 54 year old Walter “Buddy” Wheeler of Fredericton succumbed to his injuries at the St. John Regional Hospital. Mr. Wheeler was involved in an assault outside the Twenty-20 Club in Fredericton around 2 a.m. on Sept. 29. Which resulted in serious head injuries.

Of course this is hearsay evidence. One has to consider the reliability and the believability of the claims. What we do know is that a member of Bacchus was in the bar and was wearing a Bacchus patch. An argument commenced. Was Buddy trying to pick a fight? Perhaps. Or was the witness trying to cover their ass? Perhaps. Either way we know that someone is dead and it involved another Bacchus member.

Let’s say Buddy was trying to pick a fight. Evidently the Bacchus member wasn’t able to do the job all by himself so he recruited some help. Not very noble or admirable. Then again neither is shooting someone because you can’t take them in a fight like before.

Sadly only one person has been arrested in the murder and the name has not been released. It is highly likely that the low life dirt bag Bacchus member will get off unless someone speaks up. Yet no one wants to be a target of criminal bullies.

These Bacchus members are off the hook and out of touch with reality. There’s nothing tough about getting someone else to beat someone up for you then giving him the boots once he’s on the ground. Kicking someone in the head once they are on the ground with motorcycle boots on is murder not manslaughter. They intended to kill him.

The witness’ statement that the Bacchus member snapped his fingers and pointed buddy out to a third party implies the Bacchus member was persuing buddy not the other way around. Either way it is an insane tragedy. There is nothing good in this Bacchus plague back east. It’s just another manifestation of evil.

If you want to be tough, then join the military and fight evil don’t promote it here and don’t piss on a good soldiers grave by wearing Nazi emblems. That is an offence to France, and offence to Canada and an offense to yourself. It’s obviously someone that has no self respect.

Meanwhile back on the ranch, Pat James, Dartmouth’s patron saint of stupidity with the ridiculously bad ink, along with the other two stooges David Pearce and Duayne Howe have had their uttering threats and intimidation charges put over to December 10 for pleas. Pearce and James appeared in Dartmouth provincial court Friday without lawyers and asked for time to apply to Nova Scotia Legal Aid. There’s a finger and a thumb for ya.

This is from that steroid and magic mushroom seizure the huckleberry hillbillies were caught with. Pearce faces an additional count of uttering threats and five gun-related charges.

The men remain free on $5,000 recognizances. They’re not allowed to possess weapons or associate with members of Bacchus and seven other motorcycle clubs, including the Hells Angels. They also can’t wear or display any Bacchus-related clothing or paraphernalia.

So there ya have it soldiers. If ya see Pat the Flamer James at the Dartmouth clubhouse or the Tim Horton’s where the wee Wind DemonZ finger puppets hang out or if ya see him posting on that ridiculous buttkiss facebook forum, let us or the police know. That would be a parole violation bitch. Take that condom off your nose. You look ridiculous. 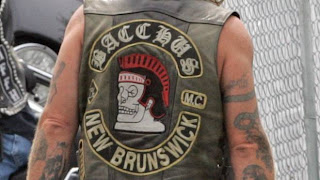