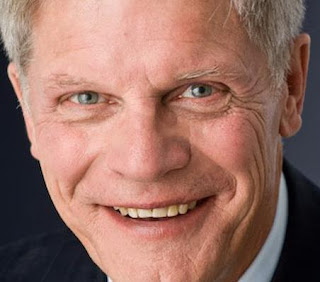 I missed this one but since it’s in the news again, I will cite it. There were some public rumblings about the new leadership of the BC Conservatives. I thought it was strange since John Cummins was newly elected and was doing such a great job. He was right on the money and it was the fastest growing party in the country as a result. Then we find out the source of the internal dissention was from a former member of Gordon Campbell’s liberals. Ah ha says I.

When John van Dongen crossed over and joined the BC Conservatives I said fair enough, let him in. He did a good job as AG. Losing that position because of his speeding tickets was dumb and he was keeping the pressure on the BC Rail scandal. However, I said draw the line there because the last thing we want is a plague of Gordon Campbell’s rats leaving their sinking ship only to infect the hopeful rising BC Conservatives.

Then we find out the source of all the drama and internal back biting was in fact the power hungery John van Dongen himself. After causing all that dissention he then tells the media it wouldn’t be appropriate for him to comment on the matter before a leadership review. Yeah right. He caused it. So after John Cummins survives the leadership review by a 71% vote, Johnnie come lately takes his ball and goes home. Only he’s burned bridges with Christy Clark so he has no home. He still says he will leave the BC Conservatives, which he just joined, because of irreconcilable differences with John Cummins. Well good riddance. That was more than enough drama for his short little grasp for power. Truth is, he wanted John Cummins job.

So now John Cummins gives the remaining few dissenters an ultimatum. Put up or shut up. Support the democratic decision of the party or leave the party. That is fair. Anyone who will persist with childish backbiting after a democratic vote was held, should leave. One bad apple can spoil a barrel. Remember, John Cummins is a true conservative. He supports small business and the free market. He opposes the HST and the gas tax. Let's take that ball and run with it and leave the sniveling little kids behind in the dust. We don’t have time for them and believe you me there will be a wave of Gordon Campbell’s rats wanting to jump on board only to destroy it like they destroyed the BC Liberals.

On Friday, Conservative byelection candidate John Martin defected to the B.C. Liberals. Sorry if I pause to roll on the floor laughing. He defected to the titanic as it’s sinking to show solidarity for John van Dongen and Gordon Campbell’s nightmare? Well he sure isn’t very bright now is he? Even Gordon Campbell’s own rats are jumping that sinking ship. Now he wants to jump in with them? That means he supports the HST and the gas Tax. Like I said, Good riddance. Let them form their own rat party.