Canada doesn’t have a prayer 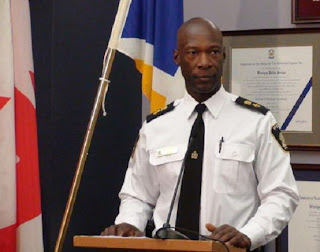 Well the new police chief in Winnipeg committed the unpardonable sin. He expressed a religious opinion. He implied that prayer could reduce crime in the city. He said “I think if we have a community that's consistently praying for one another, hopefully we'll now see the physical reduction of crime and violence in our city." Heaven forbid.

“What would happen if we all just truly — I’m talking about all religious stripes here — started praying for the peace of this city and then actually started putting some action behind that? I believe something phenomenal is going to happen in our city. I truly believe it’s coming. I don’t think I’ve arrived at this position just by chance.”

However, psychologist will agree that if the community is praying for each other then they just might be more tolerant of each other. In fact, if they are praying for a reduction in violent crime, that just might wake up their senses to take ownership of the problem and report crime to the police. Imagine that. Unfortunately, I guess everyone is so freaked out about him committing the unpardonable sin, Canada doesn’t have a prayer after all. 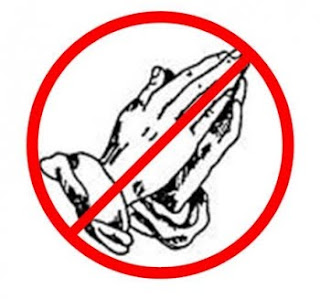 NDP MP Pat Martin, who represents crime-plagued Winnipeg North, said the power of prayer alone will not prevent crime any more than it will help to levitate the Public Safety Building. Having said that, Martin found the new chief’s words to be “interesting and refreshing.”

“Prayer is reflection, and there is a role for thoughtful reflection of one’s actions,” said Martin, over the phone from his office in Ottawa. “Personally, I like the guy.” So do I. I'll tell ya what's not good for building public goodwill, refusing to consult with the public or let them know what's really going on. That burns bridges more than a prayer does. It's called arrogance.

If this was Gandhi, Mother Teresa or Martin Luther King and they said pray for peace, no one would care. But because he’s the chief of police we‘re going to lynch him? That is absurd. What if Martin Luther King held office? Would we lynch him for saying the same thing? Not likely. Are we offended by Martin Luther King and his I have a dream speech? He quoted a hymn and talked about a time when Protestants and Catholics as well as black and white children could join hands and sing free at last free at last thank God almighty we are free at last. Was his reference to God forbidden and offensive? I think not.