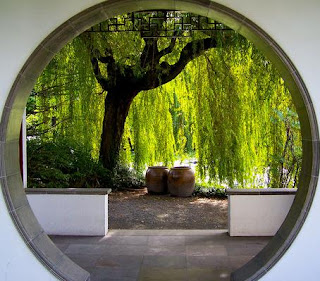 This is living proof wherever there is good, there is opposition to it. East Vancouver needs to change. They say stupidity is doing the same thing over and over again expecting a different result. Vancouver City council voted on a new development project in the DTES that included a mix of subsidized housing, low rent housing, business and regular housing. This is exactly what East Vancouver needs. Let me tell you those “low income” housing units with the cheap rents are disgusting. Protecting a slum is in no one’s best interest.

Obviously there are concerns about the homeless and pushing low income renters onto the street. That is a real concern. Yet the fact remains, East Vancouver is a toilet. Enabling that problem isn’t helping anyone except the drug dealers. The Four Pillars program consists of four pillars not one. Extremists from Zanadu Vandu scream harm reduction over and over again and totally ignore the other four pillars of treatment, prevention and enforcement. Any drug addict in East Vancouver who wants treatment has to get out of that area if they are going to succeed in overcoming their addiction.

In New York, East 42nd street (the Deuce) was a 24 hour zoo. Crack dealers, crack addicts and all the associated violence was everywhere 24/7. So what did they do? The moved Disney on the Deuce. They kept enforcing the law by arresting crack dealers who sold crack in public and they moved businesses in that resulted in a complete transformation of the entire neighborhood. Yes they pushed the drug dealers out but that is exactly what was needed. Everyone talks about how wonderful the New York model is, well that is what it takes.

I don’t want to be mean or offensive, but the fact is, no one in their right mind would have sex with an East Vancouver prostitute. They are nasty. Back in the day, many years ago, there used to be high end prostitutes over on Richards. At that time East Vancouver prostitutes were always beat up and drug addicted but the other part of town used to have high end sex trade workers. After the Hells Angels came into town that all changed. The high end escorts are working in clubs not on the street. Tragically the ones on the street are working off their drug debts and it shows. Enabling their drug addiction isn’t helping them.

People talk about preserving the East Van community. I’m sorry but that concept is a fallacy. I’ve been in the allies around pigeon corner including blood alley. I’ve had teenagers with me handing out food and clothes. The teenagers were shocked to see the homeless scared the teenagers were going to beat them up. Why is that? Because that is what happens in East Van - especially on welfare night. The homeless and the elderly get beat up and robbed. That is not a united community. This fact was proven in the VPD’s project old timer where under cover police officers were done up with movie set make up making them look like seniors. They were regularly robbed and assaulted. This needs to change and mixed-use development projects are a step in the right direction. Homes not drugs.