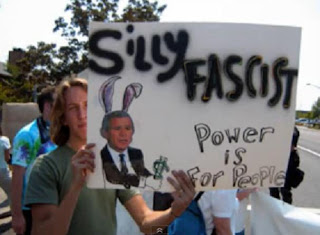 I remember reading a story about an American reporter who was in Vancouver researching the Robert Pickton trial. They were speaking with one witness who answered a few questions then went on to explain, all of this is under a publication ban. If you print any of this you would be breaking the ban and go to jail. The American journalist found it strange. That’s not the way they do things in the United States. They have a First Amendment.

So why is that? Let’s break tradition and use some logic. How could publishing some of the evidence heard in court during the Pickton trial in any conceivable way, inhibit his right to a fair trial? One could conceive that if the media has published some information that the judge ruled was inadmissible, and the jury heard it, that could conceivably bias the jury and taint Pickton’s right to a fair trial. But that’s not what we’re talking about here.

We are talking about reporting to the public, evidence submitted in court that the jury heard. If the jury read a newspaper that reported that evidence, it would in no way taint Pickton’s right to a fair trial because the jury had already heard it. Those kinds of publication bans do not protect the accused’s right to a fair trail. They are a violation of Free Speech and are therefore illegal.

The whole concept of putting a reporter or blogger in jail for telling the truth is rather absurd. The judge who made the illegal publication ban should be the one going to jail. That is what I mean when I say it appears we are walking down a road that resembles Big Brother not a Free Republic. All the Pickton publication ban did was protect the Hells Angels which is exactly what Wally Opal did in the not so public inquiry.

I’m told Giles’ publication ban falls under 648 of the criminal code which normally sates you can’t publish any evidence or submissions when the jury is absent. Which is totally what I was saying in my original example. If a jury is present, publishing that evidence in a newspaper would in no way inhibit a person’s right to a fair trial. Simply because if the juror read the paper, it would have already heard that evidence in court.

A 648 ban is for when the jury is not present. That makes total sense. It also has a time limit. It expires when the jury has rendered a verdict or sooner if the judge says so. That brings us to the BC Rail publication ban. It’s expired so all evidence in that trial is now publishable so let’s get at it.

My next question is the Pickton publication ban. I’ll have to find out what kind of ban that was and if it has expired like it’s supposed to so we can circumvent Wally then limp fish Opal’s public cover up of that case. It says the Pickton ban was under 537(1) and 539 of the Criminal code.

Oldhan's Bail ban says: Criminal Code of Canada, s. 517 The evidence, representation made and the reasons given at a show cause (bail) hearing shall not be published in any document or broadcast or transmitted in any way until a preliminary hearing is held and the accused is discharged, or if the accused is ordered to stand trial, the trial has ended.