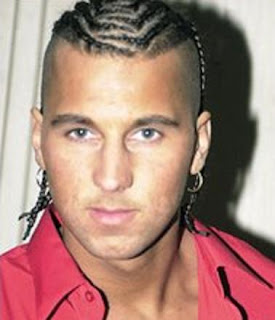 Tributes continue on the four year anniversary of Joe Krantz murder 20 October 2008. His friends still miss him. Joe ran an MMA gym in Abbotsford. He was a member of the Independent Soldiers. When his home was raided by police they found clothing that said Independent Soldiers Kelowna chapter.

That would tie him to Donny the dirt bag McWhirter from the Kelowna Independent Soldiers. I used to think Donnie was just a clown but assaulting women makes him a dirt bag. We know the Kelowna IS are tied to the Kelowna Hells Angles. In fact, Joe Krantz was also a coaccused of Jody York. They were charged with creating a disturbance in Kelowna. Jody York was featured in Weird Hal Porteous’ ridiculous I’m on a boat rap video along with Rob Shannon. Rob and Jody both were found guilty of being involved with a large scale pot for cocaine cross border trafficking ring for the Hells angels.

Kevin LeClair used to fight with the Revolution Fight Team in Langley with is affiliated with that same crew of Hells Angels: Weird Hal, Larry Amero, Shane Bunting and what not. Kevin lost a fight to a guy from Joe’s club. Kinda problematic. I think a guy from Joe’s gym beat a guy from the UN as well which created a bit of tension. I don’t know if there was tension between his club and Revolution.

I guess my point is, Joe wasn’t a bad guy. He did make some bad decisions. Training in MMA to start fights along with Jody York is pretty hypocritical. Keeping loaded guns and drugs in his home with his eight year old daughter was totally irresponsible. He had heroin, cocaine and crack in the same home as his eight year old daughter. As Kim Bolan pointed out at the time, that is pretty messed up. We really need to recognize that. Being a murderer is messed up, but so is slinging crack. It’s scraping the bottom of the barrel. It is sad his daughter lost her father. I’m sure everyone now wishes he wasn’t involved in that messed up lifestyle and can see how endangering his daughter was not very admirable. If we can see that now, then we’ve made progress. If we can’t then we haven’t made any progress at all.

Another guy people really miss is Trevor Greenway who was gunned down in Edmonton October 11 2011. I wonder if that suspicious death has been deemed a homicide yet. Although Trevor had a long rap sheet, including assault, trafficking cocaine and drunk driving causing death, He always took care of his friends and made sure everybody got home safe. If we are going to make any progress from all these murders, we are going to have to realize that trafficking cocaine is not a healthy lifestyle to promote.