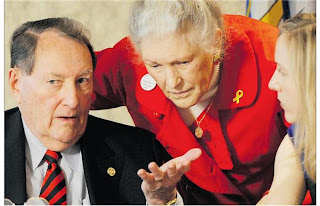 Well this is shocking. Ian Pyper and Ariane Eckardt are lunatics. They have gone stark raging mad. First van Dongen jumps Gordon Campbell’s sinking ship and crosses over to join John Cummins and the BC Conservative party. Then in a sneaky lust for power he feeds the party’s president the poison kool aid. He tells them that the party shouldn’t be paying their party leader a salary. If you vote for me, you won’t have to pay me anything. I’m already an MP and get a salary.

That was all it took. As soon as the word money came in Ian Pyper and Ariane Eckardt went insane. So they sowed their seeds of dissention before an election milestone. The party held a vote and John Cummins survived the leadership challenge by a 71% margin. That is significant. Then the petty van Dongen has a drama queen freak fest and announces he is leaving the party he just joined because of irreconcilable differences with John Cummins the party leader.

Fine. Leave. Start your own party. Call it Stephen Harper and Brian Mulroney’s NeoCons. Better yet, call it Gordon Campbell’s Ratfest since that’s where all this childish drama came from in the first place. From the short time that van Dongen joined the party until his drama queen departure, what changed? Nothing. Other than the fact that he didn’t get his chance to become the party leader. So he took his ball and went hone. Only he has no home because he totally burned bridges with the Christy Crunch.

Now Ian Pyper and Ariane Eckardt hold a press conference and say they demand John Cummins resign. Aside from being insane and boldly declaring that they refuse to support democracy,( God help us if they ever formed the government) one is forced to wonder if they aren’t really working for Gordon Campbell or Adrian Dix. That kind of insanity crushes any credibility the party was rapidly gaining under John Cummins leadership.

Let’s be fair, this kind of dirty politics isn’t limited to the BC Conservatives, it has affected every political party under the sun. Preston Manning started a political party and the opportunists stabbed him in the back and reverted it to what he originally set out to change. Gordon Wilson was the one that put the BC Liberals on the map. Before that televised leadership debate he was in, the party simply didn’t exist. Then Gordon Campbell seized the opportunity to highjack the party and take it clearly down the wrong road.

Even the NDP in BC. There was nothing wrong with Carol James’ leadership. She was right on the money. Political opportunists put Jenny Kwong up to planting seeds of dissention which caused her to resign and a new leadership was selected. This is why people hate politics and mistrust politicians. They are inherently dishonest and self serving. Why even Lenin took over the party from Shiplov.

Clearly since they are in the minority with 29%, Ian Pyper and Ariane Eckardt along with Van Doogen and Kevin Falkner should start their own political party and see where that takes them. Since they refuse to support democracy they can’t call themselves conservatives. That would be fraud. They can call it the Monkeys. Clearly, if you pay peanuts, all you get in monkeys. 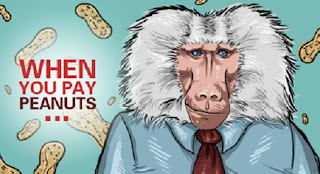