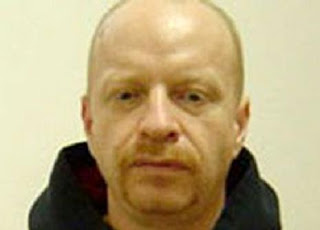 Jeff Lynd’s nephew Curtis was due in court today to have his murder trial dates set. Curtis faces two counts of first-degree murder in the Sept. 9, 2000 deaths of Barry Kirk Mersereau and Nancy Paula Christensen. The murders were allegedly a hit ordered by the Hell’s Angels.

His uncle confessed to murdering Kirk’s brother Randy in 1999. "Lynds says he lured Mersereau to the home. He said he shot Mersereau five times with a hand gun provided by the Hells Angels who ordered the hit. He then claims his nephew Curtis Lynds and Dean Whynott took the body to a nearby field and buried it. He said Les Greenwood disposed of Mersereau's car."

Curtis Lynds was arrested on drug trafficking charges in 2007 and was subsequently charged with being an accessory after the fact in Mersereau's death for allegedly helping his uncle, Jeff, escape custody. So Jeff ratted out his own nephew.

The key points in this case are that Jeff Lynds, who was a full patch member of the Hells Angels, admitted to murdering Randy Mersereau for the Hells Angles and implicated his nephew in the murder of Randy’s brother and common law wife. The motive of the murders appears to once again be to gain control of the drug trade. Jeff joined the Nomads in Quebec after the Halifax chapter folded and was charged with three murders for the club in Montreal.

Jeff ended up committing suicide in prison after his confession, but locals have a hard time believing that story. People were hoping these confessions would bring a suspect forward in Rusty and Ellen’s murder which is believed to have been an inside job, not the work of s rival. Let’s not forget these Hells angels ordered murders involved the Halifax chapter. That’s where David Giles is originally from.