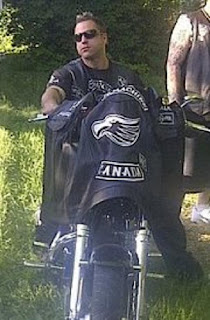 The Brandon Police have confirmed that a 39 year old inmate in the Brandon Correctional Centre was found dead 10:06 AM yesterday morning. Media reports about the death claim the inmate’s name is Jean Paul Beaumont and was a high ranking member of the Rock Machine.

Although I support stiffer penalties for trafficking crack and crystal meth and realize prisons aren’t supposed to be a trip to Disneyland, inmates should not be subject to gang violence in prison. Any violence for that matter. Raping in the showers is not acceptable. Neither is performing a murder for the Hells Angels in prison. [CTV Report]