Thanksgiving – send in your photos 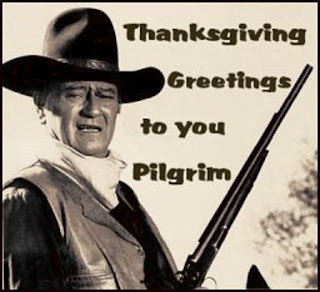 Howdy pilgrims. While the turkey’s in the oven and I pause to reflect during thanksgiving, I’m going to make a request. I know everyone likes to hear the latest dirty laundry about the latest Hells Angels or organized crime figures committing murder or some other local outrage. My whole point is that there is more to life than that. I like snowshoeing, hiking, kayaking, sailing, these are the things I enjoy that take me away from the insanity of the inner city.

The website and blog has been getting a lot of traffic from across the country. I’ve been thrilled to hear word from small towns all over Canada especially on the eastern seaboard where some of my own ancestors are from. I visited there once when I was very young. I should return. I remember the covered bridges of New Brunswick and the lobster of Nova Scotia.

The purpose of the covered bridge was to prevent huge pile ups of snow on the bridge so cars could cross it during winter. That tells me they get a lot of snow in New Brunswick which would be prime snowshoeing or snowmobiling country. Nova Scotia, being on the ocean is a lot like here in Vancouver on the west coast. I know there are many beautiful spots out there too.

So here’s the deal. Along with sending in info about the local gangs and links to news clips about the latest gang arrests which I do greatly appreciate, how about sending in some pictures of some of your favorite spots in your own areas? I would love to see a picture of a covered bridge in New Brunswick, especially during winter or some shots of the eastern seaboard along with any scenes in nature from anywhere in Canada. This is our home. It’s something to be grateful for and something to be proud of that deserves our devotion and protection. Even if you’re not from Canada, I’d love to see some pictures of Denmark or any other country.

So next time you’re out and about, take a picture and send me a photo of some of your favorite spots so we can all see that there definitely is a lot more to life than what can be found in a bar or a crack pipe. Tragically, people joke about small towns in BC saying there is a great deal of alcoholism there because there’s nothing to do in those small towns. The hell there isn’t. Let’s prove it. 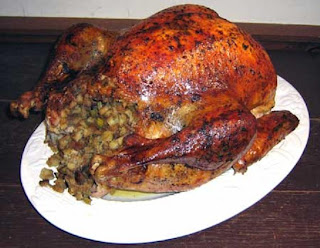 How to cook a turkey

For those bikers, gang members or even soldiers away from home this Thanksgiving, there’s no reason you can’t have a turkey dinner and inviter a few friends over. Unless of course they don’t sell turkey at the grocery store in Iraq. I can’t help with that. Nevertheless, cooking a turkey really isn’t that difficult and it is relatively cheap when you can revel in left overs for a week.

Superstore and Safeway both had turkey’s on sale for 99 cents a pound. So if you buy a fresh turkey you can start right away. If you buy a frozen turkey you have to thaw it out in the fridge a couple days before hand. If it’s too late for that and you have a frozen turkey you can put it in a clean sink with “running” cold water. It doesn’t have to be running and you can even add some warm water to speed up the process if you’re right there to expedite the process. Thawing it out in the fridge before hand is best. You’re not supposed to leave it out over night.

The fist thing to remember when cooking turkey or any poultry item is do not cross contaminate. If you cut or put a raw turkey on a cutting board, do not put the cooked turkey on that same cutting board without washing and sanitizing it first. Believe you me salmonella food poisoning is nasty.

So you have a frozen turkey thawed out and washed in your sink. Open up the gut and take out the neck. Then open up the other side and take out the paper wrapped innards and throw them out. You can boil down the neck if you want to make a turkey stock but there will be plenty of flavor from the drippings so you really don’t need it.

Put it in a roasting pan with a little oil and season salt. A covered roasting pan is best but if you buy one of those cheap tin foil ones, you’ll need some tin foil to cover the turkey when it’s cooking so it doesn’t dry out. I cook it at 350 degrees. How many minutes per pound? I have no idea. I just go by the way it looks when you baste it. When it’s golden brown and the meat is starting to fall off the thighs, it’s done. With any food it has to be brought to 160 degrees and held at 140 degrees if you are going to serve it in a restaurant.

You need to check on it regularly and baste it. You know, that giant plastic thing that sucks up the juices from the bottom of the pan. You put the juices from the bottom of the pan over the turkey breast and legs through out the cooking process. It’s that easy. You can peel potatoes and make mash potatoes and clean and prepare brussel sprouts or whatever vegetable you prefer but in today’s age you can get all of that stuff out of the freezer if you are a newbie at cooking.

Stuffing is different. I suppose you can get stuffing out of a box. It’s nice but it’s not the same. To make your own stuffing just dice just over a loaf of bread into large squares and put it in the top of your roasting pan or a large clean container. I always add fine diced onions and celery but this year we used onions and bacon because my daughter had it at a friends house once and asked if we could try it. Poultry seasoning would include rosemary, thyme and garlic. If you don’t want to use fresh garlic you can buy the stuff in a can peeled and diced already. The dry stuff sucks. Cranberry sauce you can buy in a can.

Add a cup or two of water to the stuffing and mix it up then cram it in the stomach of the bird and up it's arse before you put it in the oven. You can get some pretty good gravy or brown sauce from a package these days or you can take the turkey out of the roasting pan when it’s finished, drain off all the grease then fill it with cold water, put it on the burner under medium heat and cook it down to make your own gravy. You’ll have to add a white wash of flour and cold water mixed up well to the gravy to thicken it up. Once the white wash is in the gravy you have to cook it for quite a while to get the flour taste out of it.

So that’s it. There’s no excuse to not have a nice dinner if you’re alone this thanksgiving. I remember seeing a memorial to a gang related shooting in Edmonton the other day when someone remembered spending last thanksgiving with a guy who had been shot down earlier this year. Tragic. Life is too short not to cherish it.