Did Domenic Violi and the Calabrians in Hamilton execute the Rizzutos in Montreal? 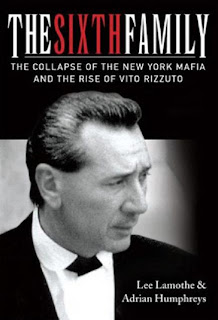 The rationale behind my theory was simple. The Hells Angels are compulsive liars and consistent betrayers. They are taking over the drug trade all over Canada. It was strange that no one was claiming responsibility for the Montreal murders. Back in Ireland, someone always claims responsibility for the murder. It is the Hells Angels that lie and deny every murder they commit. Why sometimes they even attend the funeral of people they have been accused of hiring the hit on.

The sniper in the bushes killing one of the Rizzutos in their home in front of their family was a red flag. That’s not a Sicilian hit. It almost looked military. Not to claim the CIA has been involved in any drug trafficking in Vietnam, Nicaragua or Mexico. Much. But if they were, they would no doubt chose sides like they did in Operation Fast and Furious.

The flaming red flag was the firebombing of a funeral home. I don’t know any Catholic that would do that whether they be Sicilian, Irish or French. It had to be someone else. That sounded more like the MO of your local 666. When I had mentioned to my author friend from Montreal when he was visiting about more Rizzutos being killed, he instantly said he thought it was the Calabrians working with the Hells Angels. Others have said similar things. Not an earth shattering theory since I am told it was the subject of one of the Godfather movies. The Calabrian part that is, not the Hells Angels.

So finally I recently heard from someone in the know in Quebec and I asked them who was killing the Rizzutos. Their answer was simple and concise, the Calabrians in Hamilton, namely Domenic Violi. They said Domenic Violi is now in power in Canada and is cleaning up. That is who the people in Quebec think it is. They said it was in retaliation for the murder of Paolo Violi and for pushing them out of Montreal in the first place.

“Sources told QMI Agency Dominic and Giuseppe Violi were seen in Little Italy and the city's downtown district just days before the Mafia don was felled by a sniper's bullet in the kitchen of his north-end home late last year.”

Since the Hells Angels have a huge control of the drug trade in Ontario, it would make sense that they would align themselves with the Violis there. It also makes sense that if the Rizzutos were supplying the Bloods and the Rock Machine cocaine, they would want to put a stop to that. After all, that is why they shot Chenier Dupuy from the Bo-Gars who are aligned with the Bloods in Montreal. The Hells Angels supply the Crips through Greg Wooley. Chenier Dupuy refused to work for the Hells Angels so the neo Nazis shot him dead. Or at least paid someone to do so.

Even Italian prosecutors claim that Ontario has become a base for the Calabrian Mafia, or 'Ndrangheta. It’s not that I’m choosing sides. I don’t support the sale of crack or crystal meth period. I just hate liars and betrayers and that is all the Hells Angels do in Canada.