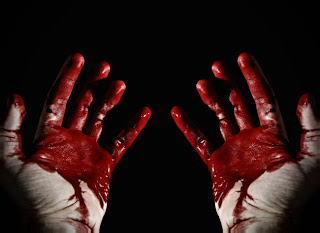 Front page of today’s Vancouver Province was an article about how businesses are supporting the mega casino proposal for Surrey despite local opposition. Lets’ get first things first. This isn’t just a casino and this isn’t just another casino. It is a Walmart of casinos that will suck the life out of all the other existing casinos and businesses in the area.

Not only that but it will be a haven for organized crime. BC casinos are where the drug gangs launder their blood money that fuels public executions and the torture and dismemberment of addicts for drug debts. Sadly Diane Watts already accepted $24,500 in blood money from the Gateway casino’s conflicted developer making her role a complete conflict of interest.

One blog reader was quite interested in a link I posted to an article about money laundering by Catherine Austin Fitts. Despite the false belief that our current market would collapse without all the money laundering from drug sales, Catherin Austin Fitts describes it as the tapeworm economy. It’s an artificial economy that lives off the host just like a parasite. After people spend all their money at the casino, they aren’t going out for a night on the town to stimulate the local economy.

The key question is about the casino‘s claim that it will pump $3-million in gaming revenue into city coffers every year. Aside from being blood money that fuels the gang war, how is that possible? Gateway Casino just went through a $1.5 billion debt restructuring. How does a company that owns 9 successful casinos in BC and Alberta get $1.5 billion in debt? How did that happen? Who stole that money and never gave it back? If we are going to claim the mega casino will give City Hall $3 million in taxes every year, we need to find out where that $1.5 billion went. If I’m going to invest in a company that just lost $1.5 billion, I’m going to have to get an answer to that question first.

The problem with investing in companies that launder drug money is that drug dealers are dishonest. If they will shoot a rival drug dealer or torture an addict for a debt, they will rip you off as they launder their drug money faster than you can say BCCI. This new mega casino isn’t just blood money, it’s bad business.