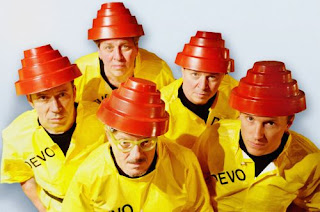 An 18-year-old was drunk and fell asleep on the kitchen floor at a Kelonwa house party during the early morning hours of Dec. 8. The suspect allegedly poured a liquid on the back of the victim and then lit a match, while another suspect recorded the resulting fire on video.

Police said the teen suffered major burns to most of his back but no one who was present in the home at time told police about the incident, and the RCMP didn't become aware of what happened until about 12 hours later when the victim was at the hospital.

Two Kelowna residents, Matthew Sweet-Grant, 20, and Joshua McWhirter, 18, have been charged with aggravated assault and remain in custody. I’m not sure if the maggot Donnie has any brothers or cousins named Josh. Perhaps someone could advise us.

This is a low life dirt bag act of mental illness. Everyone at the house party should be ashamed of themselves for associating with such a low life. Police claim this might not be his first offense. Rats don’t report that kind of sickness to the police. Those are the real rats. They’re not men. They are DEVO.

She is total trailer trash. She was all in my grill when a guy from a Hells Angels farm team called the Baseball team in Lloydminster was arrested in Lloydminster’s largest cocaine bust. I’m not sure how she knew him but she has posted a total trailer trash poem on her facebook that sates: “Rats and Goofs, deserve their beats.” I guess the girl her cousin beat up and the kids her alleged son set on fire deserved it too. What a nice dysfunctional Christian family.

Posted by Dennis Watson at 9:35 PM