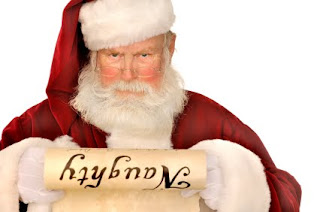 So on one side of the planet we have nutbars setting themselves on fire to protest their oppression by the Communist government of China. Here at home we have another nutbar handing over our sacred sovereignty to that same Communist dictatorship Tibet is yearning to be free from. Stephen Harper has gone insane.

Gayle Gavin wrote in to the Vancouver Province about how Harper is selling out to the Chinese. She said: “Prime Minister Stephen Harper must be stopped from selling Canadian sovereignty and environmental protection control to the Chinese.”

“On Dec. 7, Harper OK’d the sale of Nexen’s control of three to six billion barrels of tarsands oil to China’s state-owned oil company, CNOOC. He plans to sign a secret treaty soon - the Canada-China Foreign Investment Protection Act - that will allow CNOOC or any Chinese corporation owning Canadian resources, to challenge Canadian laws or regulations they deem contrary to their interests. These challenges will be decided by panels of international corporate officers and lawyers in secret tribunals, using the same scheme former prime minister Brian Mulroney set up in the North American Free Trade Agreement.”

What was wrong with NAFTA? Chapter 11- compensation awards. That insane clause in that agreement has resulted in an absurd amount of misappropriation of tax dollars to corporations who sue the government for creating laws that inhibit their ability to make a profit. This includes any law that protects the environment. 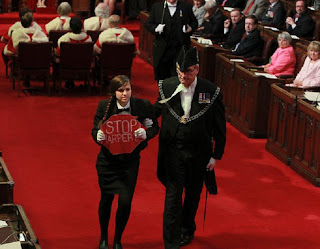