Pickton Inquiry Report is a Fraud 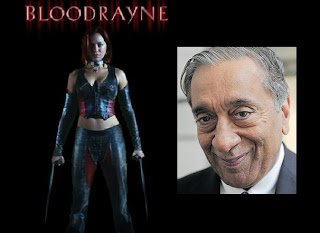 Wally the limp fish Oppal blamed the police for failing to arrest Robert Pickton sooner. Yet we all know that circus side show was a fraud and that the public inquiry wasn’t public. Aside from being in a position of conflict of interest right from the get go, and aside from his offensive side job in a slasher movie, Wally Oppal censored the inquiry and shut it down as soon as other possible suspects were mentioned which was highly relevant to the mandate of a Missing woman inquiry.

Wally blamed the police for such a disaster from happening while he himself was the root of the cause of it happening again which we have seen in Whalley recently. There was a great deal of information about the Hells Angels involvement on the Pickton farm that came to light during the inquiry and Wally ruled that information inadmissible. He then shut the inquiry down and transformed it into a less “adversarial” panel discussion to prevent key witnesses from testifying.

Wally Opal is the last person on earth to make any recommendations about a Regional police force. Neither the RCMP nor the city police forces want that. That is something we can objectively look at but we should not let that distract us from Wally Oppal's criminal failures in the commission.

I will however, say a word about police negligence in this case which went far beyond apathy and indifference. When a witness accused Willy Pickton of murdering a prostitute, a member of the Coquitlam RCMP went to Willy on the farm, told him about the accusation and told him the name of the witness. That was a crime. That officer should be charged and that whole tarnished detachment should be under review.

There are two mayor concerns on the table. The first is the overwhelming climate of unprofessionalism that permeated the RCMP as well as the VPD at the time. It was far more widespread in the RCMP. It was a climate of sexual harassment. Don Ray is the epitome of that dark reality. Catherine Galliford was the public face of the police investigation into the Pickton case. Her testimony about the ongoing sexual harassment she experienced by that investigation team is astounding. It was a climate of unprofessionalism that was rampant. Likewise, members of the VPD were accused of blackmailing prostitutes into having sex with them. Telling them if they didn’t have sex with the police officer, the officer would arrest them for prostitution. That’s the first concern. The climate of unprofessional that was pervasive.

The second concern is the huge cover up. The police covered up the Hells angels involvement on the Pickton Farm because the Hells Angels were under investigation at the time and they didn’t want to come across as having bungled that investigation which they clearly did. Just like Operation Phoenix. So the Hells Angels involvement with Dave Pickton and the farm was extensive and that fact was obsessively covered up by the police during the inquiry. Relevant police reports were not admitted as evidence in the not very public inquiry.

The Globe and Mail reported that the inquiry will hear that off-duty officers “frequented” Piggy’s Palace, that evidence was not submitted. We all know about the Jim Brown scandal. The police assisted that cover up by raiding the whistleblowers home.

Obviously the other purpose of the fake inquiry was to give the police a slap on the wrist and absolve them of any legal liability for telling Pickton the name of a witness who made allegations about him and for covering up the fact that they bungled the investigation into the Hells Angels involvement with Dave Pickton and the farm. I know paying the families of the victims compensation would cost a lot of money, yet that is no excuse for withholding evidence in the inquiry. Since there was no public inquiry perhaps civil litigation is the only remaining avenue to get a full disclosure of that important evidence Wally Oppal denied.