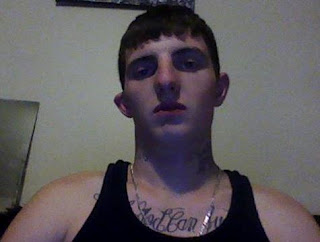 Four men with ties to the White Boys Posse have been charged with three recent murders in Edmonton, Lloydminster and Saskatoon. The most dramatic murder was of Bob Roth whose decapitated body was dumped north of Edmonton October 20 2012. His head was found in Edmonton a few days later. Sources who identified the victim before the police did, claim he was murdered for a drug debt to the Whiteboys Posse.

The second murder was of Bryan Gower in Lloydminster on September 25th where sources claim Mike Bexson was also shot several times. The third murder was tragically a case of mistaken identity where Lorry Santos was shot and killed when she opened her door to strangers in Saskatoon on Sept. 12 2012. Yet speculation swirls around the possibility of her murder being a hate crime.

Kyle Darren Halbauer, 22, of Lloydminster, made a brief appearance Monday in Saskatoon provincial court. City police confirmed at a Tuesday press conference the identities of the two other suspects: Joshua Petrin, 29, of Edmonton; and Randy O’Hagan, 22, of Lloydminster.

In addition to the murder charge, Halbauer was also charged Monday with possession of cocaine for the purpose of trafficking. The charge dates to Sept. 21. Police claim the group is involved in trafficking cocaine and other drugs from Yellowknife to Medicine Hat. It often uses the swastika in tattoos and other gang paraphernalia. Yellowknife? We know someone in Yellowknife with Hells Angels affiliations.

The point here is that the White boys Posse sell drugs for the Hells Angels. These drug related murders are therefore driven and fueled by the Hells Angels which is clearly a criminal organization that uses extreme violence to maintain control of the drug trade and to collect drug debts. This is what Maureen Forestell is promoting with her treasonous decision to return the Hells Angels intimidation gear in Toronto. She is supporting murder, torture, dismemberment and decapitation. That is what her treasonous decision has done.

Kyle Darren Halbauer, 22, of Lloydminster and Randy James Wayne O’Hagan, 22, of Lloydminster, have been charged with first degree murder in the death of Gower. Both men also face charges of attempted murder of another man in this case. Gee, that must be the secret shooting of Mike Bexson.

Halbauer, O’Hagan and Joshua Petrin, 29 of Edmonton, are charged with first-degree murder in the death of 35-year-old Santos. The pictures above and below are of Randy O’Hagan who has been charged in all three murders as well as indignity to a human body. Just a socially awkward kid with serious mental problems. We need to stop this violence and report these obscene acts to the police. Then we need to fire these corrupt judges who refuse to do their job. 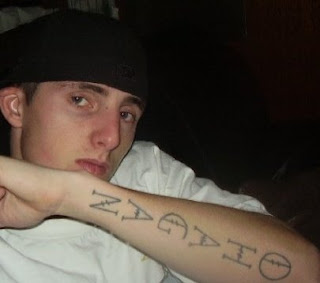 The other issue we need to address is the police withholding information from the public. It’s not to preserve the integrity of an investigation. We’re not stupid. It’s to suppress crime statistics. Although Edmonton and Lloydminster have the worst reputations for this, it happens everywhere including here.

A few nights ago I received a report of a brutal rape in Surrey central yet not a word about it in the local media. We know that the police here don’t even report shootings if there isn’t a fatality. Does that mean they don’t report violent rapes if there isn’t a fatality either? That is not right. If we are going to work together to solve these problems we need to build a relationship of trust.