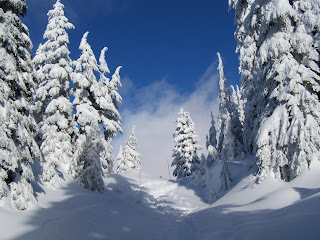 I went snowshoeing on Seymour today. It was their grand opening for the ski season. Cypress and Grouse have been open earlier but they have snowmaking. It’s been mixed rain and snow this year but it has been snowing on the mountains for a week straight now and it was awesome. 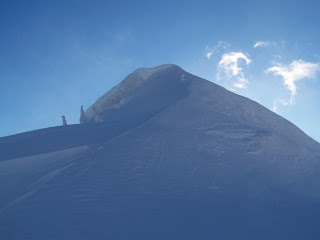 As I was driving up I thought it would be zero visibility but at least I could get some fresh snow. As I started to climb the sun came out and it was holy. About a meter of snow at the base and about two meters of fairly fresh snow at the top. First pump was very windy. You could see the blowing snow. The other side of First Pump is one of my favorite places because the wind blows and creates these sand dunes made of snow. It’s awesome. 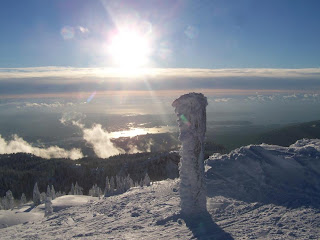 I caught sunset from Brockton point and hiked down with a headlamp in the dark. A lot of people snowshoe up to Brockton Point in the dark with headlamps at night. On a clear night it’s awesome. I took too many pictures to post on the blog so I made a flicker account in case anyone’s interested. There’s more to life than drugs and gangs. 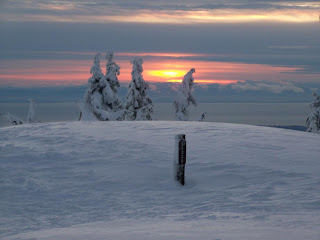