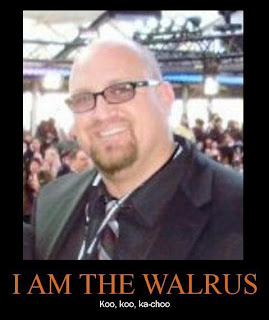 It’s time to do some house cleaning on the web site and highlight some of the main stories over the past few years of blogging about the Vancouver gang war. 4 ½ years and 6 million hits later we have to ask ourselves has anything really changed? Not much. This year Montreal had a rash of December shootings. Last year it was Surrey. One of the things we need to highlight is the connection between Vancouver and Montreal’s organized crime because they are connected.

Prime Time Crime does a great job of listing the violent murders each year. It’s hard to keep up with them all. Looking back over the past year a few things stand out. One is the obvious extermination of the Duhre Dhak group. I guess we’ve made progress in the sense that we all know about the Hells Angels’ direct involvement in the Vancouver gang war now. Back in 2009 that was hidden behind a cloud of rage and denial. Yet now it’s pretty obvious. The Duhre Dhak group don’t sell drugs for the Hells Angels so they are getting wiped off the face of the earth.

The second most significant revelation of the year is the Hells Angels involvement in the torture of drug addicts for drug debts. The Whiteboys Posse arrest is the flaming example of that yet we had a brutal rape of a homeless woman in Surrey for a drug debt this month. That is outrageous. At least we know now who is ultimately to blame. The court application to seize the East Vancouver and the Kelowna Hells Angels clubhouses is clearly a step forward for the year. Let’s not forget the Hells Angels stolen car ring in Kelowna that was busted this year. Along with the David Giles arrest it made a great end to the Kelowna Summer Jam. That was another highlight.

Let’s not forget the three convictions this year in the cross border drug ring tied to the Hells Angels that have implicated Randy and Trevor Jones as well as Tbarz. Randy even put a sign out front of Tbarz saying it’s under new management so he must have finally taken it out of his mothers name and put it in someone else’s name. It is however, NOT under new management.

Of course I still believe the Hells Angels are supporting the Calabrians out of Hamilton against the Rizzutos. More Rizzuto shootings tied to the Hells Angels have emerged this year as well. So obviously first and foremost we have the drug war. Yet all that money laundering is always tied to investment fraud and devastates our stock market. Everyone thinks laundering drug money is a good investment. The problem is that people who sell drugs are dishonest and greedy. Whenever they launder drug money they always want more and get involved with investment fraud.

Recently the paper cited a quote by Richard Rosenthal that said one man with a brief case can steal more than 100 men with guns. We have talked about how the Vatican bank has been accused of money laundering for the mafia and how they were used to misappropriate a huge some of money from a bank in Italy and crashed it. This is what I am referring to with my concerns about investment fraud and how it is often tied in with the gang war over the drug trade. In the New Year we will continue to look at both: the gang war and the investment fraud that is shaking our sovereignty. Peace.